Māori culture has a rich oral tradition which includes the recitation of "whakapapa" (genealogy), "karakia " (incantations), "whakataukī" (sayings) and "kōrero" (narratives), the singing of "waiata" (sung poetry), and the performance of "haka" (action songs). Despite the presence of numerous "performative behaviours", in Richard Schechner's terms, theatre in the Western sense is alien to the indigenous population of Aotearoa New Zealand. Since the 1980s, however, there has been a flowering of this art form among M􀆗ori artists. Theatre has proved a congenial medium for combining customary knowledge/rituals and present narratives, myth and realism, artistic creativity and political denunciation. The result is a hybrid genre, developed according to the cultural needs and purposes of M􀆗ori practitioners and audience. My article will focus on the debut plays of two M􀆗ori award-winning contemporary playwrights, Hone Kouka and Briar Grace-Smith, whose works succeed in finding a balance between conformity to traditional frameworks and Western dramatic conventions while posing important social and political issues; they can be legitimately considered as typical examples of M􀆗ori theatre today. 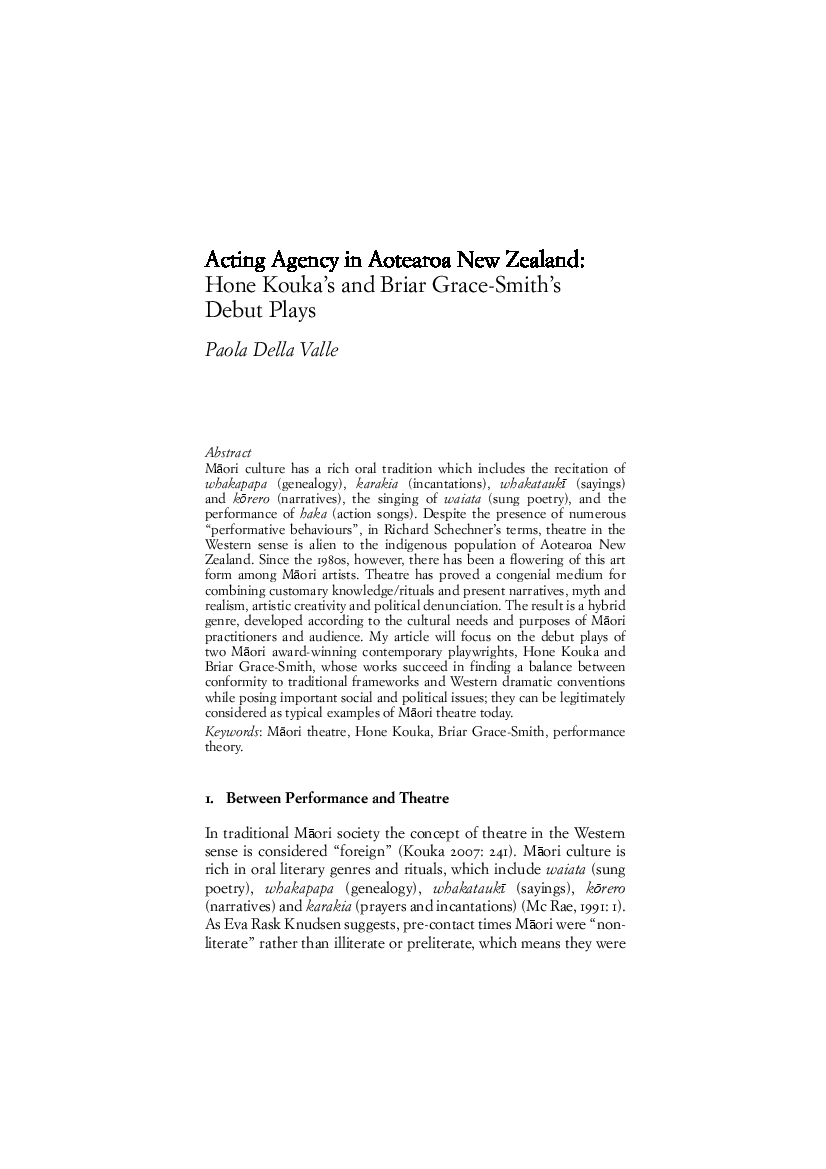