Femi Osofisan's "Women of Owu", a fundamentally tragic play, eminently qualifies to be described as a never-ending song of lamentation. Female anguish is implicitly presented as the feminine parallel of the war atrocities that are commonly ascribed to the menfolk as depicted in "Women of Owu". The play centres on a group of women who suffer deprivation due to forces beyond their sphere of control. Osofisan conveys the story of the fall of Owu from the gaze of its traumatised women, who experience war with its attendant horrors. Their feminine laments express male concerns: they address the power of the city, the valour of the warriors, and even their relief at having escaped slavery through death. The aim of these lamenting women is, therefore, also, and above all, not unconnected with their civic identity. This is the final expression voiced by the female community of Owu before it is dispersed, and the complete obliteration of the city. This is the ultimate proof of the power of the women's spirit - of the mothers, wives, and daughters of the warriors -who are overwhelmed by a reversal of fate, rather than by their enemies. "Women of Owu" fits perfectly the bill of the ritualized order that the funeral lamentation establishes: that grief is always the grief of women, especially mothers. 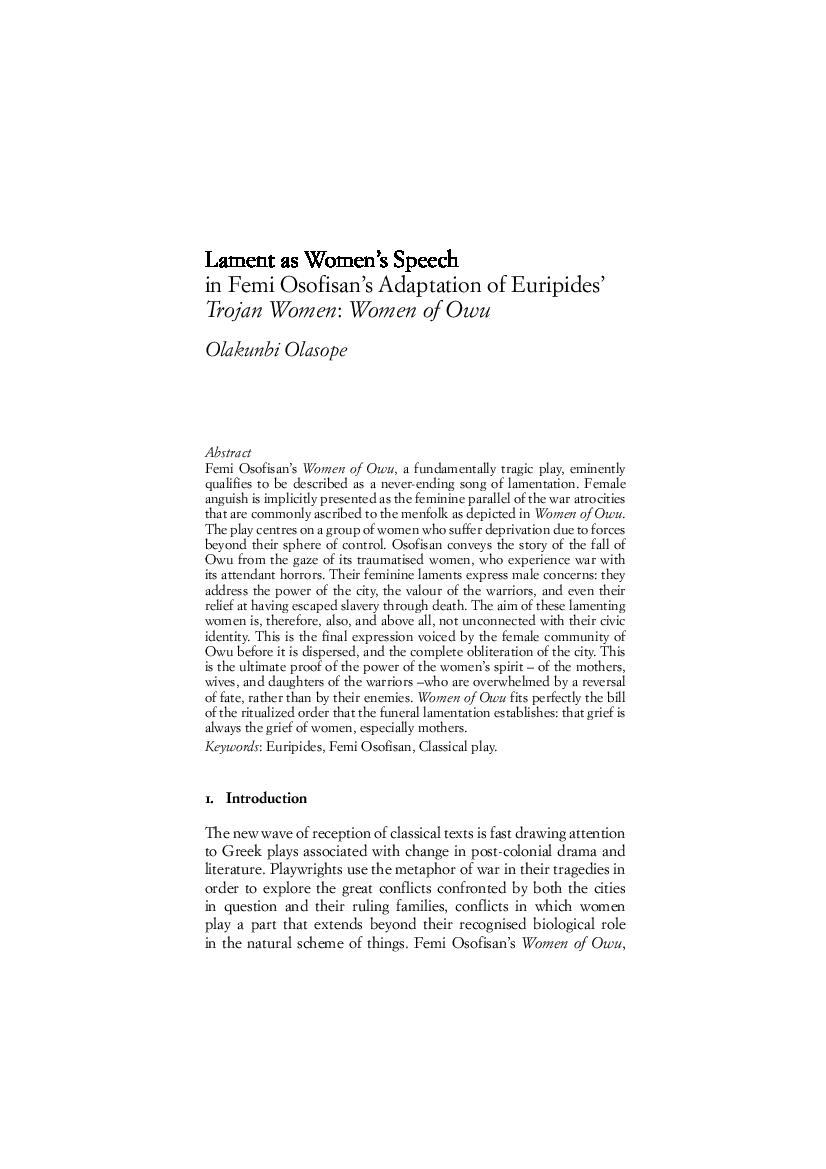