The public communication campaign about «Fertility Day», promoted by the Italian Ministry of Health in August 2016, aimed at raising citizens' awareness on the issue of couple fertility. Ministry intended to involve the audiences connected via social media with informal and irreverent viral images and claims oriented to preserve fertility. Nevertheless, unexpectedly, the messages themselves turned into the target of an extensive and articulated protest. The circulation of the communication materials provoked a critical online debate that subsequently took on the dimension of organized political protest, resulting in an online counter-campaign (identified with the hashtag #FertilityFake) and a street demonstration in 13 Italian cities. The common thread that holds together the spontaneous reactions of connected audiences and the activists' protest is the overall reframing of the public campaign, which makes the mobilizations against Fertility Day a case of unexpected engagement. The research focuses on the analysis of a set of images produced to promote the counter-campaign, highlighting how the informal, ironic language and the reframing of the contents of the public communication campaign created a fertile connection between the creative abilities of the social media audiences and more traditional forms of political activism. 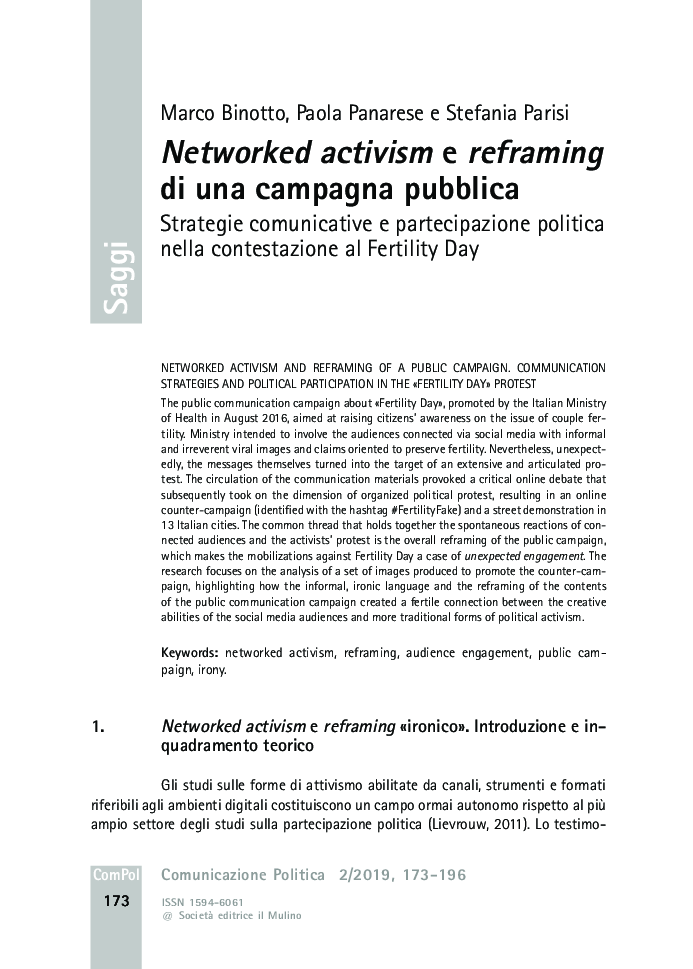