During the last decade, several changes have been occurring in Western democracies, affecting political attitudes of both citizens and politicians. The economic crisis have been summed up to an enduring crisis of representation and legitimacy of democratic politics, leading to the affirmation of populist parties and leaders. Nevertheless socio-economic and institutional conditions do not produce, always and everywhere, the same outcome, and a crucial role is played by political leaders in terms of their will and capability to mobilize a latent structural potential. From this point of view, Donald Trump's successful campaign has represented a breaking point in political communication, summarizing and making clear key features of ongoing processes. The paper analyses the last two US presidential campaigns, focusing on political language and assuming a constructivist approach. From this perspective, the language of political leaders does not merely reflects the preferences of voters, rather it creates and re-creates political identities and dimensions of conflict. Therefore, the study explores the lexicons used on Facebook by Barack Obama and Mitt Romney in 2012 and by Donald Trump and Hillary Clinton in 2016 during the last three months of their presidential campaigns, resorting to textual-statistical methods combined with qualitative observations. The aim of the study is to shed light on the latent semantic dimensions structuring the presidential debate in the US and, more generally, on transformations occurring in Western politics nowadays with the spread of populist ideology and discourses. 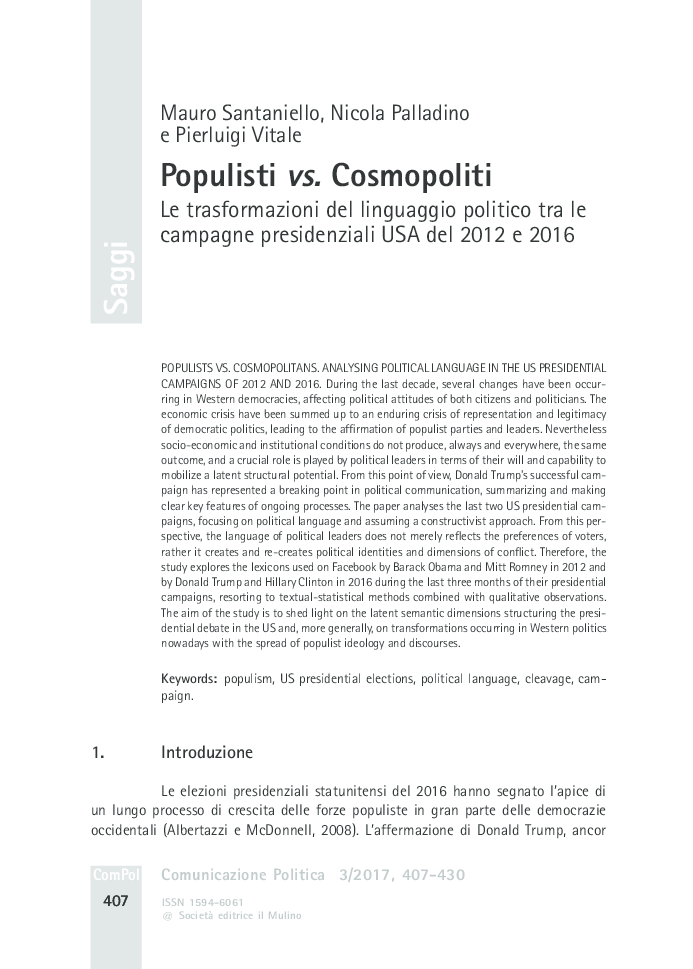