Since 2001, media have frequently touched upon the issue of the crisis of the international liberal order. The message sent to the Western audience was, however, reassuring. The search for renovation of international rules and institutions created after World War II was expected to take place within the framework of the American-led order. Trump's appearance on the stage of the presidential campaign, in the spring of 2016, was, in this respect, a tipping point. The idea that the media started conveying was that an actual transition in the international domain had been triggered and the outcome might be unfortunate. The aim of this essay is to show how the discourse in the press and expert media has developed since then, leading a wider readership to perceive that the liberal order may in fact come to an end soon. A return to a competition among the great powers, and possibly conflict, was at first presented as the most probable scenario. A strategy of discursive accommodation seems to have later been enacted by the press and expert media so that public opinion could adjust to China's new role as the newly-emerging responsible power upholding order. These findings were reached by adopting a discourse analysis methodology which integrates and complements the perspectives of International Relations and Linguistics. 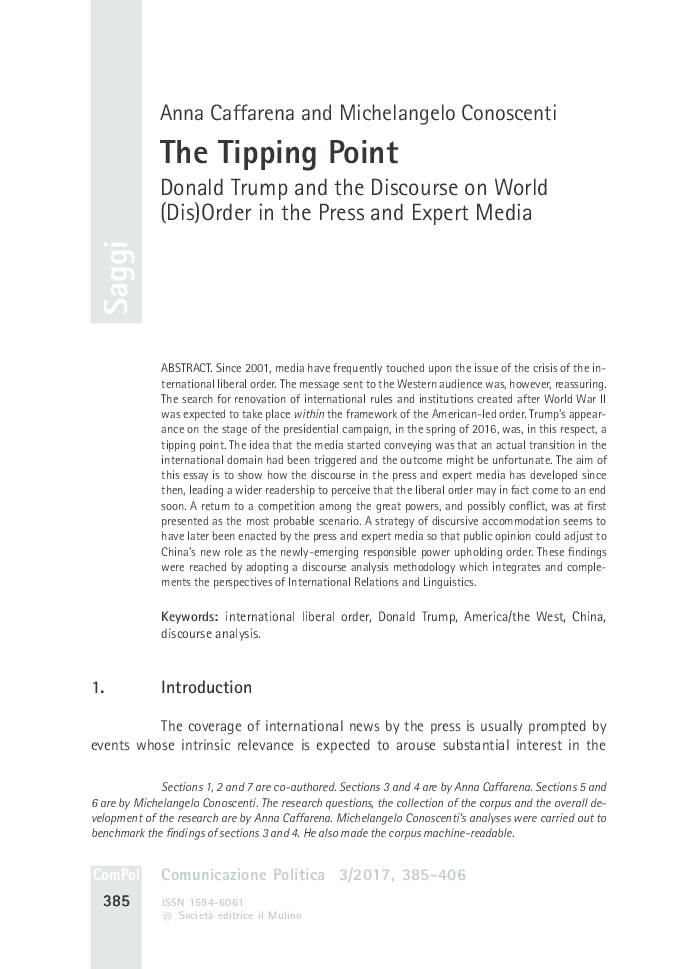