1994, the year in which Silvio Berlusconi entered the political arena, is generally considered the year in which Italy started witnessing a process of mediatization of politics. The various analyses investigating this phenomenon have concentrated on how politicians tried to adapt to the logics of medial production. The mediatization framework (Schulz, 2004) highlights how media logic operates to the detriment of political logic. Strömbäck (2008) states that in the third phase of mediatization political actors adapt to media logic, while in the fourth phase the latter colonizes the former (Meyer, 2002). Thus in the fourth phase, political actors can hardly make a distinction between media logic and political logic. The notion of media logic was widely debated within the spectrum of political communication studies and elsewhere (Altheide e Snow, 1979, 1991; Couldry, 2008; Landerer, 2013); while the notion of political logic remains much less debated. We can assume that the Italian context of political communication is characterised by a strong level of mediatization (Hjarvard, 2013): the present article contributes to the debate by investigating this issue contrasting media logic and political logic. The article analyses longitudinal data (from 2001 up to 2014) about the presence of politicians on televised news. The second part of the article discusses which themes were debated in the months that preceded the various election campaigns. 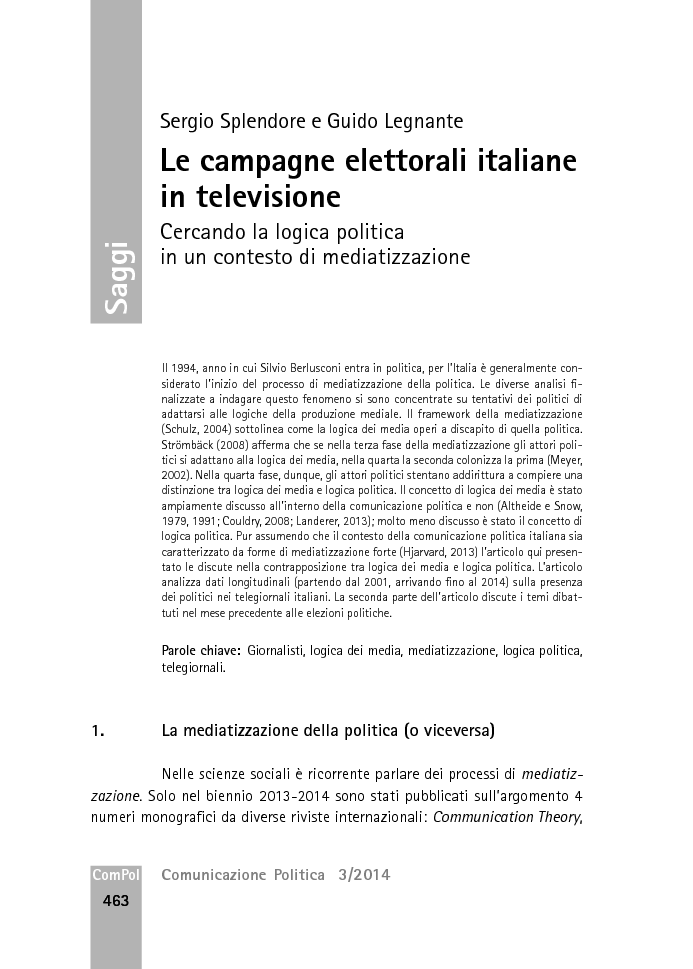