Twenty years after Silvio Berlusconi entered the political arena, Matteo Renzi's success presents many elements that characterised Berlusconi's. At the same time, Renzi's strategy represents an answer to the challenge issued by the Five Star Movement over the participative dimension of democracy. The premier-secretary's political action exploits alternative routes to disintermediation, while his communication produces an hybridization of old and new media channels: television and the web (but also the public squares). It is a project summarised, emblematically, by Renzi's narrative of the «Mayor of Italy»: a strongly personalized system, in which, however, the leader is called to maintain a close and continuous relationship with the community of citizens. This article analyses the elements of continuity and change between the "revolution" of 1994 and the "revolution" of 2014, trying to shed light on the nature of the shift imposed by Renzi. Is it a prosecution of the "audience" democracy through a new personal-charismatic cycle? Or are we witnessing the emergence of a new model of political dynamics, characterized by a "bottom-up" conception of democracy and a different definition of audience? 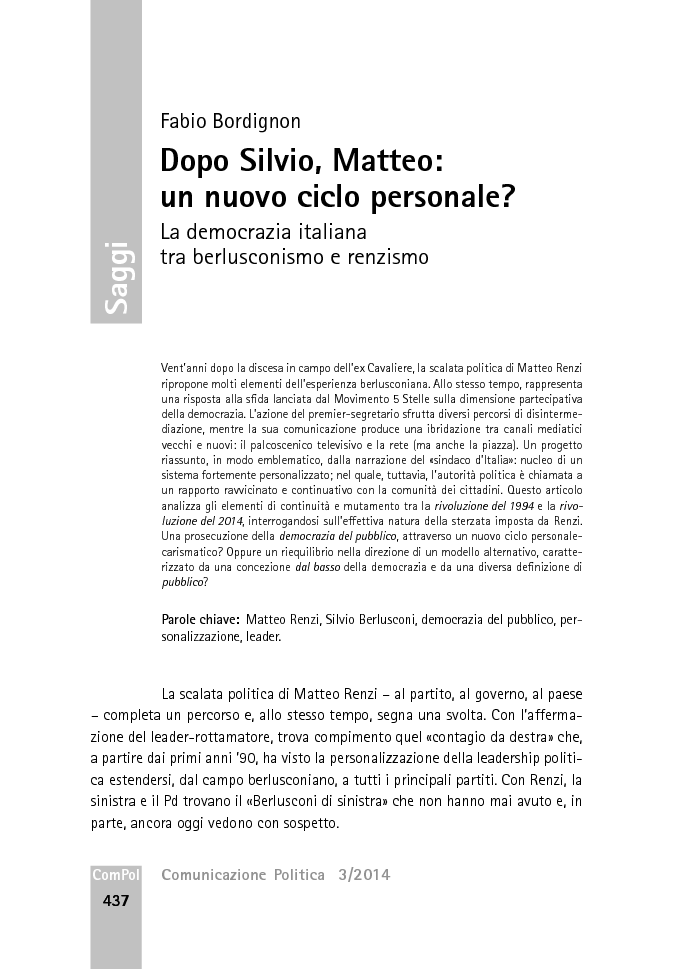