Starting from the reflections elaborated by authors like Cavell, Clément and Irigaray, this essay intends to analyze the points of contact between Ida Dalser - the female protagonist of Marco Bellocchio's "Vincere" - and the melodramatic universe, particularly as far as the rhetorical declination of melodrama and its connections with opera are concerned. Ida embodies the myth of those unknown women, belonging to melodrama in its original essence, whose stories are fatally marked by an avoidance of love, perpetuated by a single man but also, more generally, by the whole male symbolic order. Ida's singing presents female potency as a mad, mysterious and subversive force which is capable of claiming its existential rights beyond time and history. 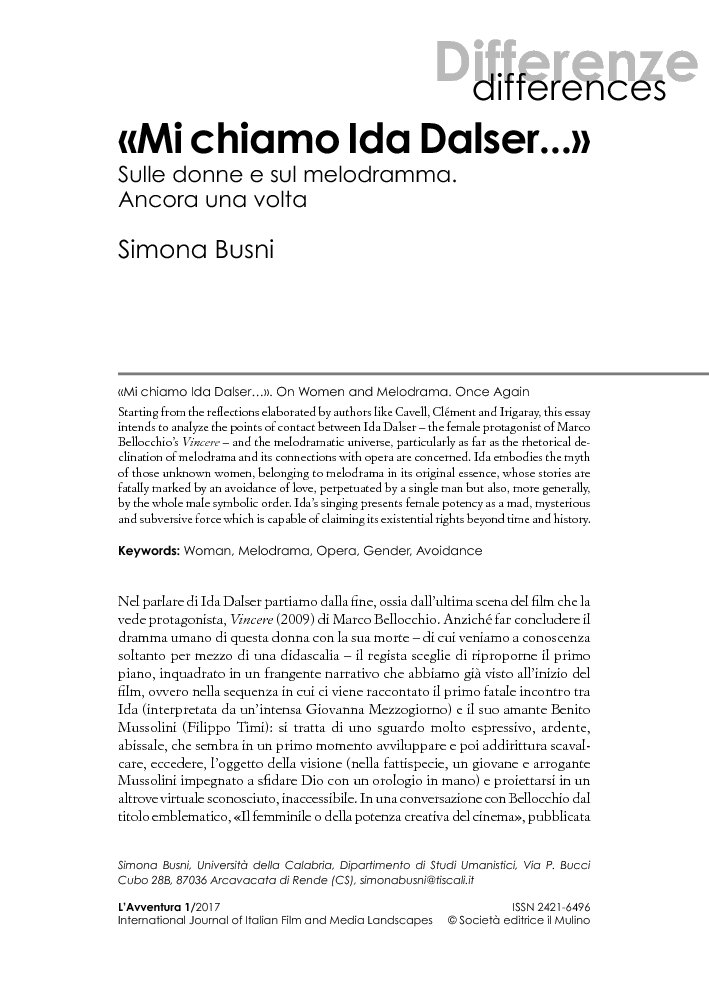