Thanks to "Belligerent Eyes", an experimental project led by Luigi Alberto Coppini for the Prada Foundation, a great deal of video material has resurfaced. This rediscovered material was recorded by Michelangelo Antonioni and Enrica Fico while travelling in Japan in the mid-eighties. It consists of seven long-lost videotapes, filmed in the Betacam format, that total around four hours of footage. Today the publication of this footage online allows us to reflect on the way we view other cultures, as seen through the eyes of the auteur. In this context, the article seeks to re-write the experience of Antonioni in Japan in the light of postcolonial studies, and makes comparison to films made by Chris Marker and Wim Wenders in the same period. Finally, the paper proposes the idea of the auteur as being simultaneously a flâneur, an orientalist, a medium and an «archive» of the lived experience of «otherness». 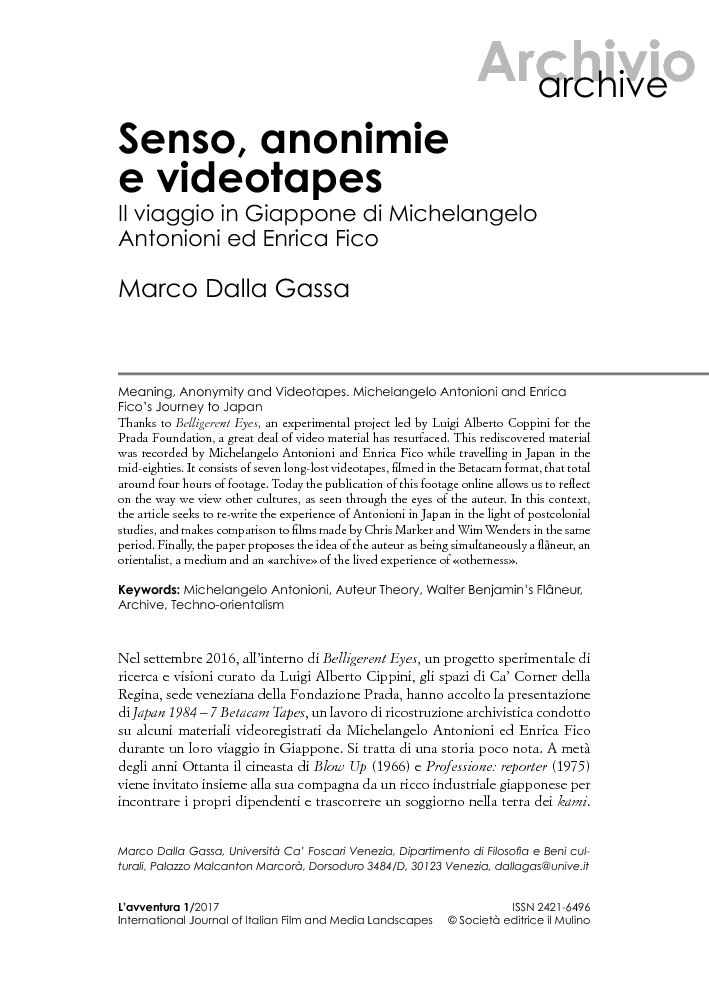