Italian audiovisual productions have recently witnessed a significant increase of content producers, following a greater affordability of shooting and editing tools. This reflects the so-called prosumer culture, to which the cultural industry, and specifically music labels, have looked as a way to reduce investments. From 2008 onward, digital reflex technologies in particular have allowed a huge number of emerging directors to access the audiovisual market. This is linked to a similar and opposite reaction for the «old generation» of directors, who have been constrainted to rethink their work according to the new institutional framework. Given that the use of the reflex between videomakers is now beginning to decrease - substituted increasingly on a consumer level by smartphones and tablets, and on the prosumer level by mirrorless cameras, this essay will focus on the impact of the videoreflex phenomenon in the last ten years, both on an esthetic and socio-economical level. Finally, by focusing on Italian music industry and music video productions, it seeks to stress the notion of prosumer capitalism, to see if this growth of video productions really corresponds to market demand. 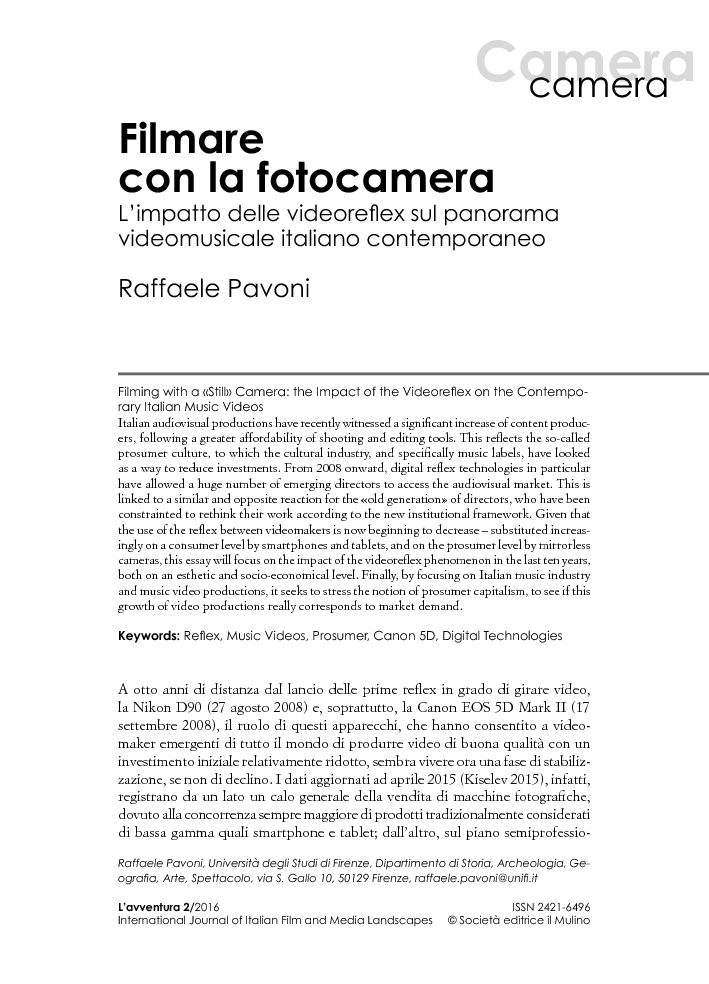