The four movies directed by Gennaro Nunziante, starring Checco Zalone, achieved huge success at the Italian box-office. Their latest title, "Quo Vado?", earned 65,2 million euros and surpassed considerably the incomes of all other successful national comedies released in the past ten years. Starting from these preliminary observations, the article evaluates the relevance of the four movies for the Italian film economics, and investigates how they were financed, promoted and released. The aim of the article is to investigate whether there is a «secret industrial formula» behind the success of Nunziante and Zalone's movies. 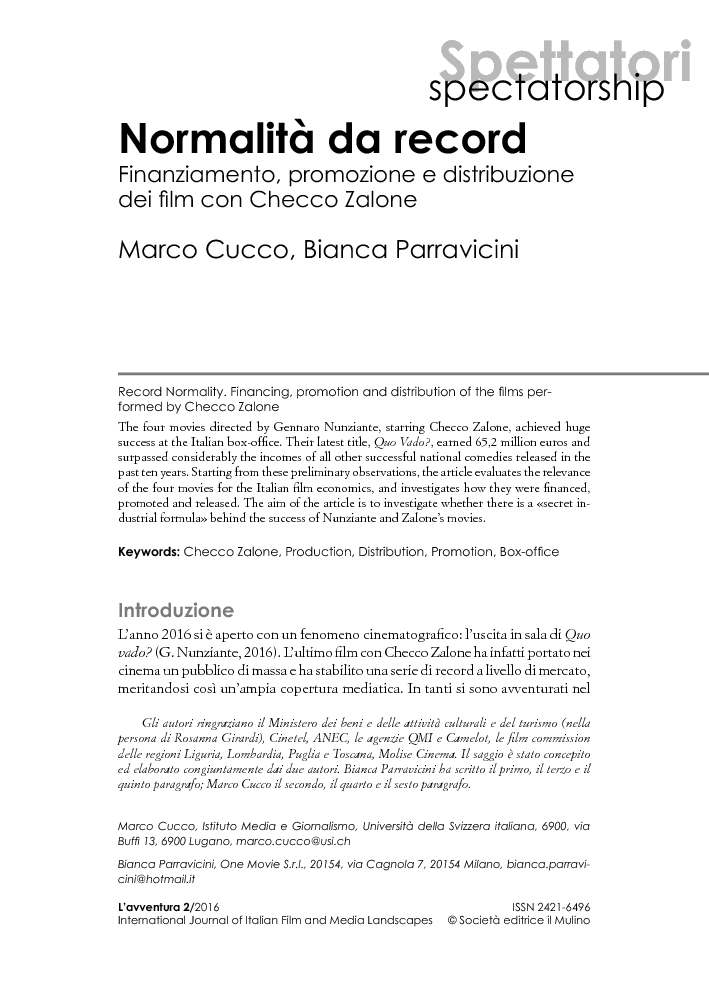