There are many stories (and micro-stories) that reveal the film culture of their country. Reconstructing the memories of the craftsmanship and the workers who have contributed significantly to national film production is an effective way to reveal unprecedented aspects of the history of Italian cinema. This research methodology develops from primary sources such as work diaries, correspondence, interviews, iconographic and audiovisual material preserved in private funds, or press reviews collected from publications that were specifically dedicated to film culture. Among the various directions that this method of investigation provides, this paper aims to shed light on one particular case study: that of trainers of animals used on film sets. The article is focused on a handful of central figures who worked in this field, corresponding to as many phases of Italian film production: Angelo Lombardi, Pino Serpe and Luciano Spinelli. The aim is, on the one hand, to reconstruct the memories of working practices in Italian cinema, and, on the other, to explore alternative paths and modes of historiographic research. 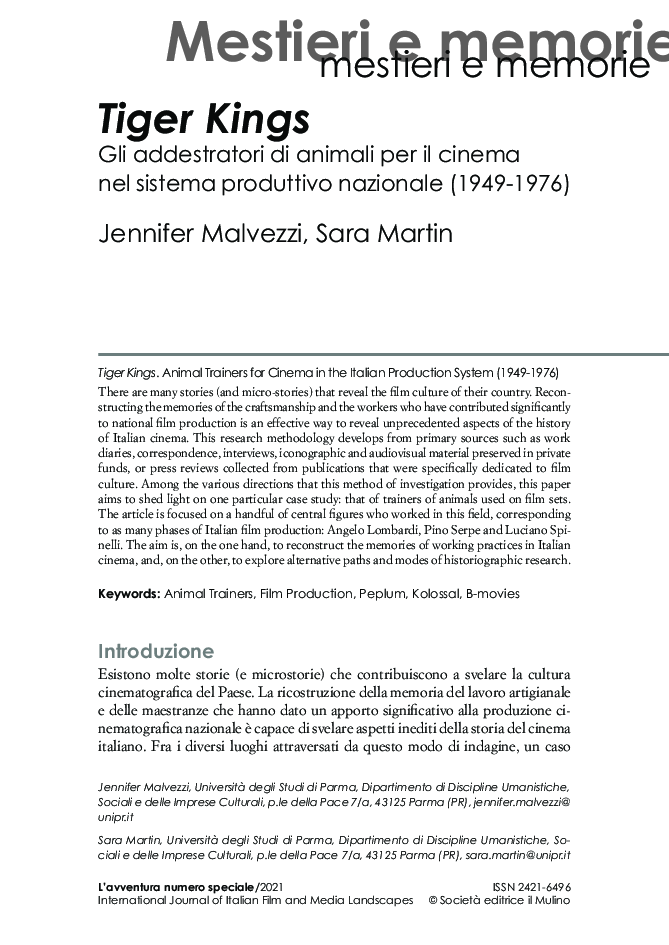