Scholarship on Italian cinema has helped to understand the implications of substandard film formats in distinct cultural fields: education, religion, the amateur and the private, science and politics. This article sketches a systemic picture of such a context, proposing a theoretical and methodological approach to an Italian geography of the transformations in the applications and diffusion of substandard film formats following the Second World War. In doing so, the article takes its inspiration from Niklas Luhmann’s theory of systems, focusing on the relationship between organizations and the environment. In particular, it stresses that such this format-studies perspective can help to revise interpretations of how practices and discourse transitioned from the fascist era to the democratic age. Accordingly, it provides a first preliminary reflection on the geopolitical and temporal frameworks of substandard cinema cultures in post-war Italy. 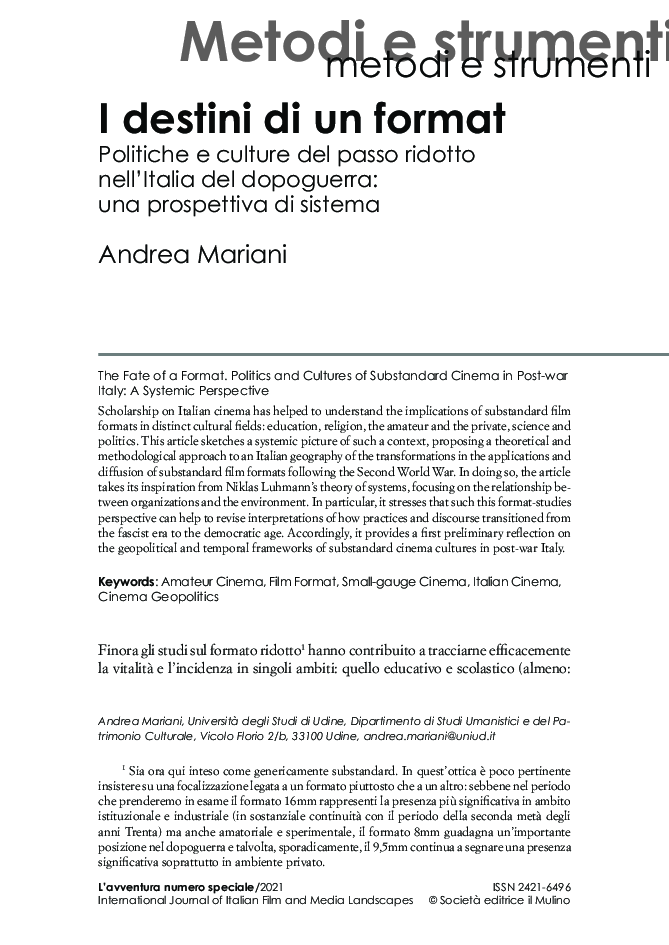