This essay intends to contribute to the heuristic process of source-mapping to investigate the film distribution company Euro International Films. The aim is to promote a more efficient analysis of the sources – the use and value of archives, trade press and interviews in producing history – in order to configure the «mode of production» of the company between the 1960s and 1970s, when the Cicogna family was at its helm. After first introducing the methodological framework, in which the sources used will be considered while in the process of being studied and mapped, the article explores the period 1967-’72, focusing in particular on the figure of Marina Cicogna whose roles, materially and symbolically, need further exploration in the context of Italian cinema production 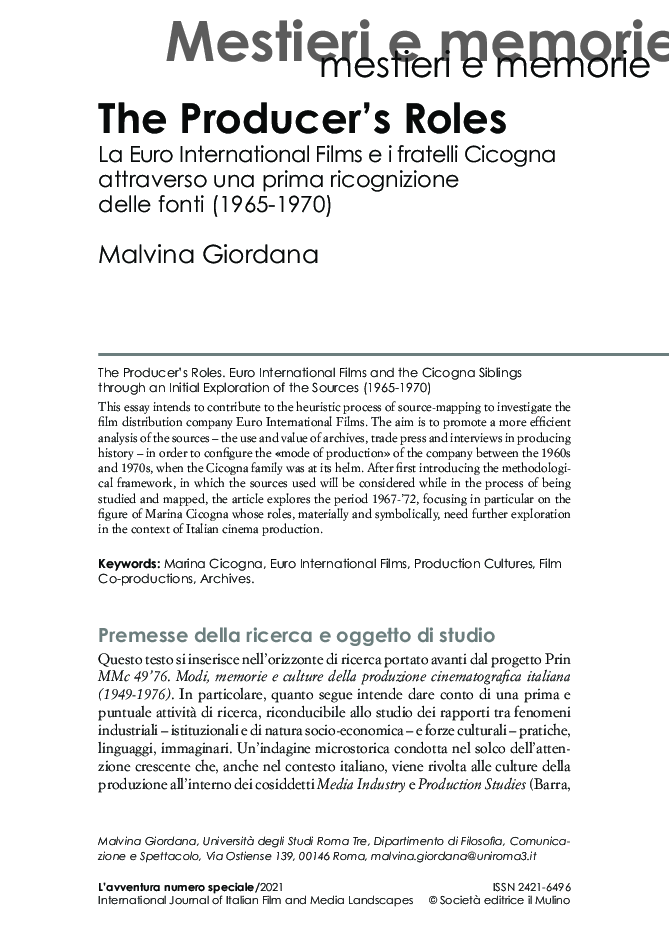