The history of the Botanical Garden of Rome has been documented since the Middle Ages, the period to which date back the first records relating to the papal Botanical Gardens that were planted in the Vatican grounds in order to grow and study plants of particular interest for medicine and food. In 1660, Alessandro VII entrusted the care of the papal Botanical Gardens to the University of Rome, which were moved from the Vatican to the Gianicolo area of Rome. After being relocated at various times over the years, in 1883 the Botanical Gardens were planted in the gardens of Villa Corsini, and became famous when Queen Christina of Sweden was resident in the 1600s and as a result of work carried out by Ferdinando Fuga the following century. The Botanical Garden of Rome covers a surface area of approximately 12 hectares, where thousands of plant species are cultivated and laid out according to various scientific criteria in the field of taxonomy, ecology, biogeography, and conservation. The most important collections comprise palms, conifers, roses, bamboo, medicinal plants and succulents. Of great interest are also the Japanese Garden, Rock Garden, the historical greenhouses (Serra Corsini, Serra Francese and Serra Monumentale) and the Tropical Greenhouse. There are many centuries-old trees including four oriental planes and a cork oak. Compared to the Garden that existed in the Middle Ages and later centuries, today’s Botanical Garden of Rome has noticeably expanded its functions and is ready to face the stimulating challenges that lie ahead, challenges related to scientific research in supaport of conservation and sustainable use of plant biodiversity. 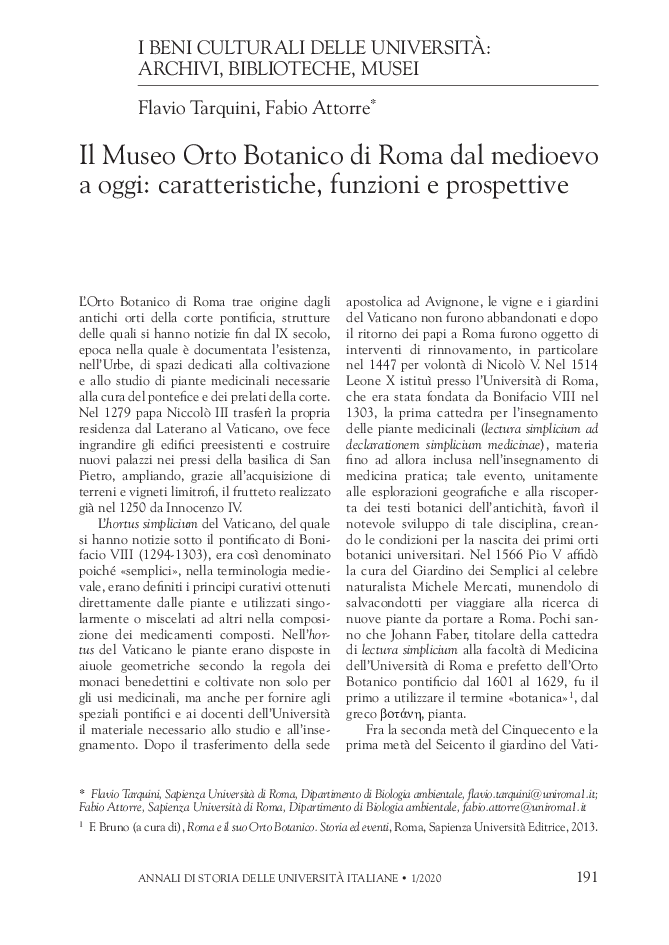