The paper aims to present, describe and promote the valorization of the historical-educational cultural heritage of the «Alberto Calderara» Collection, which has been held in the «Mario Gattullo» Library of the Department of Educational Sciences «G.M. Bertin» in Bologna since 1988. The archive holds over 70 folders pertaining to the private and public life of Alberto Calderara, a teacher who lived in Bologna between the nineteenth and twentieth century. He studied at the Scuola Normale of Forlimpopoli – together with Benito Mussolini – and then at the University of Bologna. A leading figure in the reform of pedagogy and teaching in Italy alongside Giuseppe Lombardo Radice, he later became the director of teaching for Bologna’s schools. The quantity and quality of the documentation held in the collection – papers, photographs, school exercise books, and material from important exhibitions on teaching organized by Calderara – offer, on the one hand, an interesting insight into the history of the teaching profession and education. On the other, it is testimony to a major historical-educational cultural heritage in the possession of the University of Bologna, which has yet to be exploited to its full potential. 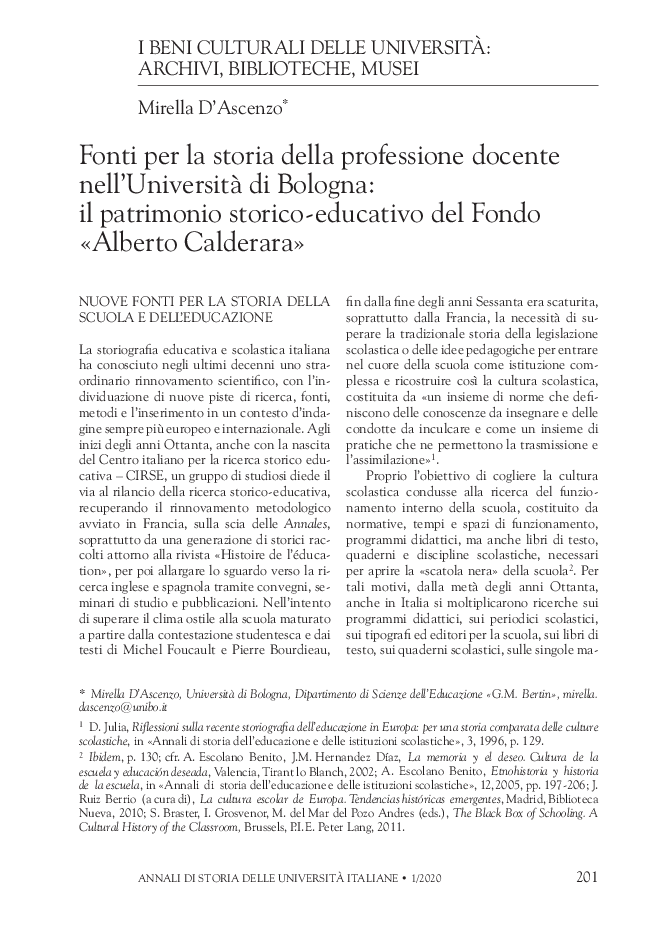