Ever since the Politecnico di Milano was founded in 1863, it has had on its staff many important professors of Jewish origin. This paper analyzes the contribution to teaching and research of these professors, and concludes with an analysis of the consequences of racial government policy. Among the numerous cases analyzed is that of Max Abraham, a German mathematician and physicist of international fame, who, in April 1915, was accused by the pro-Mussolini newspaper «Il Popolo d’Italia» of being a spy for William II’s Germany. As a result, he was targeted by students and he felt obliged to suspend himself voluntarily from teaching, his suspension would become permanent. During the years of fascism and its racial policies, professors, researchers and assistants were blacklisted and removed from the Politecnico. This paper provides descriptive analyses of the cases of two such professors: Rachele Bice Neppi and Mario Giacomo Levi. Levi was purged from the Politecnico but the important role he played in the regime’s autarkic policy meant he continued to work in an unofficial role until the end of 1941. As regards primary sources, the paper analyzes personal files and documentation held in the historical archives of the Politecnico, together with documentation that, as yet, is uncatalogued and only recently made accessible to academics – the Fondo Israeliti. This collection is held in the Cittadella degli Archivi of Milan City Council and dedicated to the census of Milan’s Jewish community. 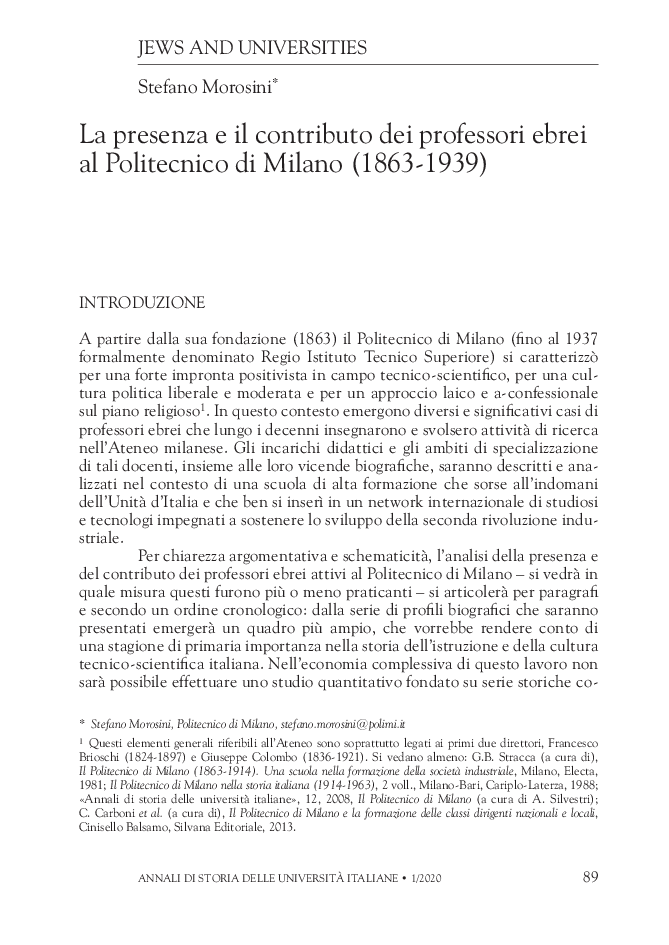