The Talmud has only entered the sphere of the university in recent decades. While the struggle over biblical interpretation shaped Christian-Jewish relations for two millennia, Christian culture was hostile to the Talmud from its «discovery» in the High Middle Ages, and antisemites made the Talmudjude a major emblem. Modern liberal Jews, bent on emancipation, likewise sought to define the Jews as the biblical people. In recent decades, however, academic scholarship has reexplored the Talmud as a source of critical rationalism, modern legal concepts, and recognition of religious hybridity, making the Talmud a fountainhead of postmodern culture. The essay will place this surprising turn within the long-term history of the university and of Christian-Jewish relations. It will suggest that this historical anomaly represents an opportunity to use the Talmud to renovate liberal education, besieged by corporate technocratic culture. 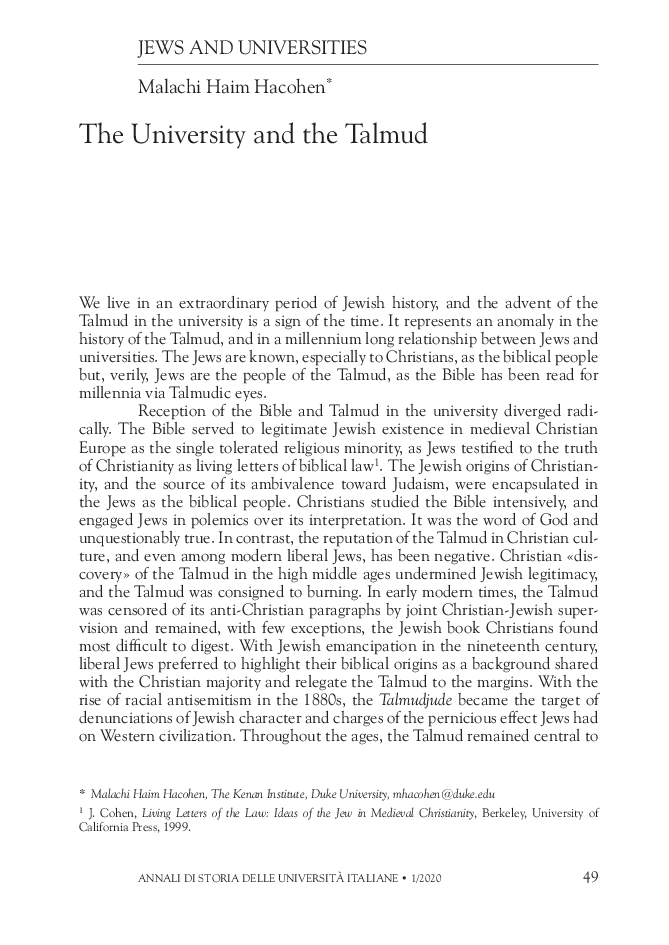