During the years of the reign of Ferdinand II de Medici (1621-1670), State control was extended to take in the management of both the university and the prince's court. Between the '40s and '60s of the seventeenth century, dossiers of the Superintendents (Provveditori) and Auditors (Auditori) of the grand duchy, officials charged with controlling and maintaining relations between the centre of power and the periphery, recorded numerous cases of moral transgressions, student indiscipline, and tensions among the university population. From printed records, emerge ever more clearly the subtle balances of power, the diverse and negotiated jurisdictions of officials, the privileges and court competences of the university tribunal. Of importance are the testimonies of young students that, through their ancien régime language, best represent a context that effectively evokes the history of the mentality and customs of the time. 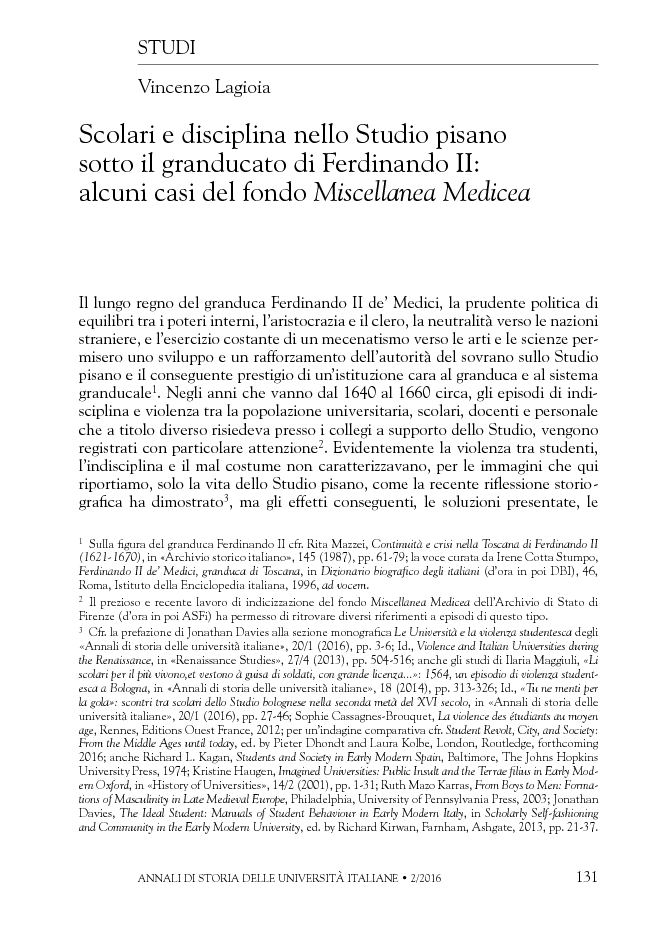