In a theatre in January 1821, four students from the University of Turin «raised» red caps with black bows, «symbol» of the Carbonari. Following that «exuberant» act, severe military repression was carried out against university students who had barricaded themselves in the university demanding the release of their fellow students who were under arrest. From a legal issue, the episode soon transformed into a prelude to political rebellion, also in light of the protest movements which had broken out in March. By employing sources already available and those until now not made public, the paper builds a picture of an event fraught with misinterpretations, which led to inaccuracies in its understanding in later decades. Its manipulation, first democratic, then radical, and finally monarchic-masonic, transformed the 1821 student rebellion into the dawn of the Risorgimento: an event that offers an original cross-section of the patriotic claims by universities in post-unification Italy. 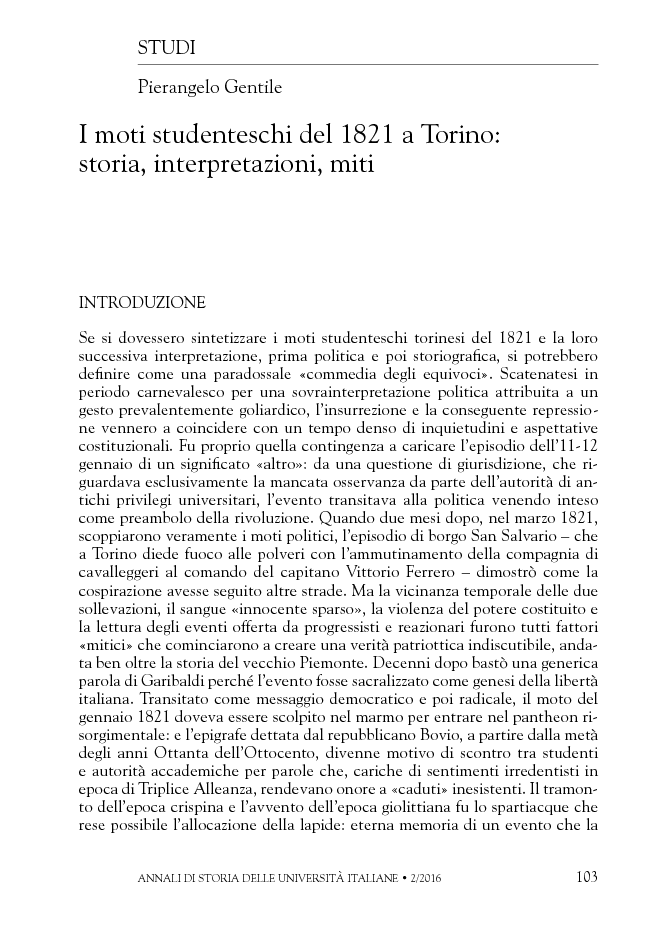