Events surrounding the University of Pisa have been attributed special importance in the history of Italy's lungo Sessantotto (the long 1968). Even in terms of particular forms of youth and student unrest, Pisa appears to have been a «laboratory» for processes and phenomena that, at different times and by different means, would surface in many other Italian universities. The ancient university city, which saw a massive increase in the youth population (students, paratroopers, hippies) during the 1960s, was affected by violent clashes between youths and the authorities from early 1967. This paper builds a picture of some of the more significant episodes and provides an analysis. It then provides a map of events surrounding student revolts, highlighting the actual situations leading to conflict and the interpretation that the leading elements of the student movement gave rise, primarily, to Potere operaio (Workers' Power). In this sense, the rhetoric of violence seen as a legitimate response to planned systemic repression was corroborated by hard-line action taken by the authorities. The authorities' intransigent approach, an example being the ruling made by attorney general Calamari at the Court of Appeal in Florence, attracted the attention of the nation. The incidents that occurred at Pisa station just a few days after the Battle of Valle Giulia (March 1968) created divisions among students, and would see Potere operaio acquire a central position in the student movement. 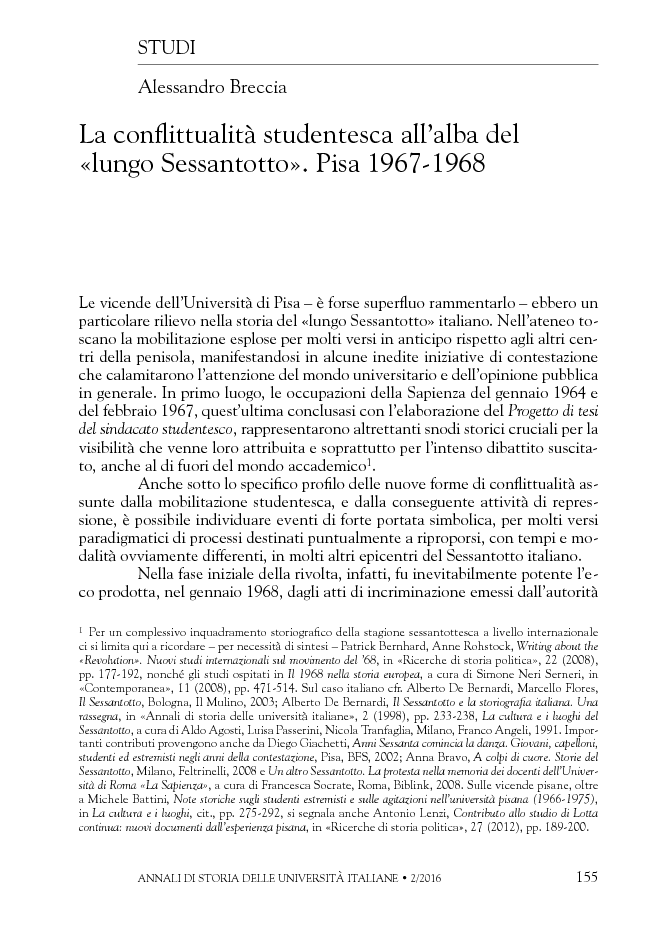