The paper retraces the development of the «Histoire de l’éducation» journal within a broad scientific context, both French and international. From the outset, the journal has distinguished itself from its foreign counterparts for three specific reasons: it was founded by the Ministère de l’éducation nationale and not university academics specialising in the history of education; it has organic links with the Service d’histoire de l’éducation; and finally, its scientific mission was conceived by historians. Indeed, under the directorship of Pierre Caspard, from 1978 to 2010, the journal promoted a strictly historical approach to educational issues in contrast with contemporary journals of the time, whose education sciences blended disciplines and approaches. Conceived as a tool to stimulate new research, it initially prioritised the publication of resources – in particular sources and bibliographies, projects in progress or project launches. After a dozen or so years, this approach gave way to more traditional articles reporting on major research. These articles often provided an opportunity to develop pioneering thematics, such as the history of school curricula and educational institutions, major figures in education, out-of-school education programmes as well as girls’ education. In 2010, the journal entered a new phase that led to the complete overhaul of the editorial board. This, in turn, coincided with a redefining of the journal’s scientific mission, which is still in progress. 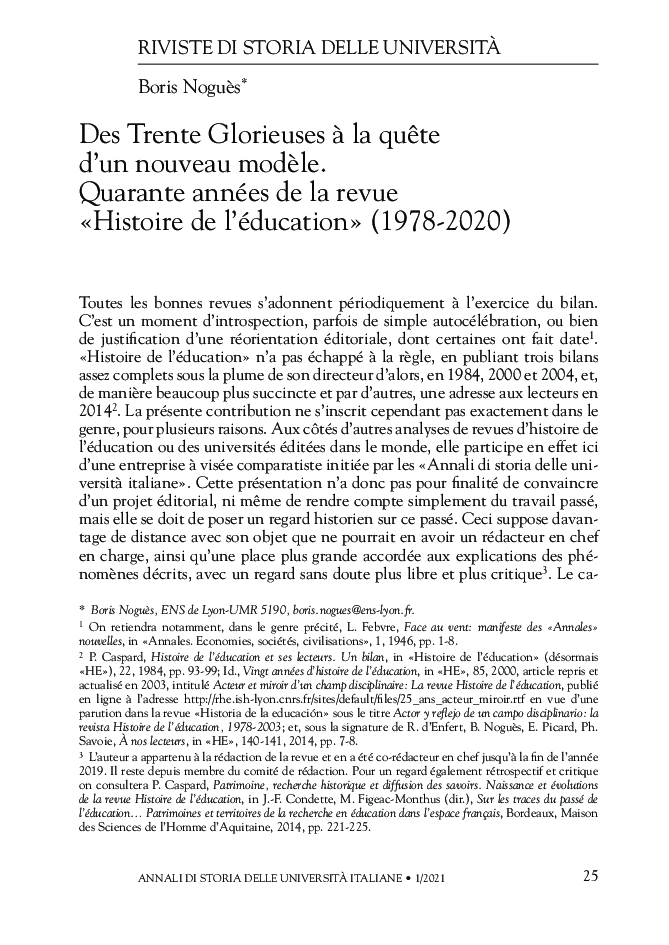