Gianni Carchia was one of the most acute Italian scholars within the landscape of the second half of the last century. Through his various works, by arguing for a weak Platonism, Carchia has always taken issue with a stereotyped and dogmatic reading of Plato's philosophy. In this article, I examine the characteristics and idiosyncrasies of this peculiar Platonism by briefly taking into account Carchia's thought on history, myth and mimesis. I suggest that, starting from the form-event polarity, these three topics have a common trait, that is a specific interweaving between Ideal and worldly - i.e. apparent - by virtue of which it is impossible to erase the latter, as it is the only sphere in which the Ideal can partially manifest itself. Furthermore, given the centrality of the domain of appearance, I also argue that in Carchia aesthetics can no longer be seen as a strictly specialized branch of philosophy. 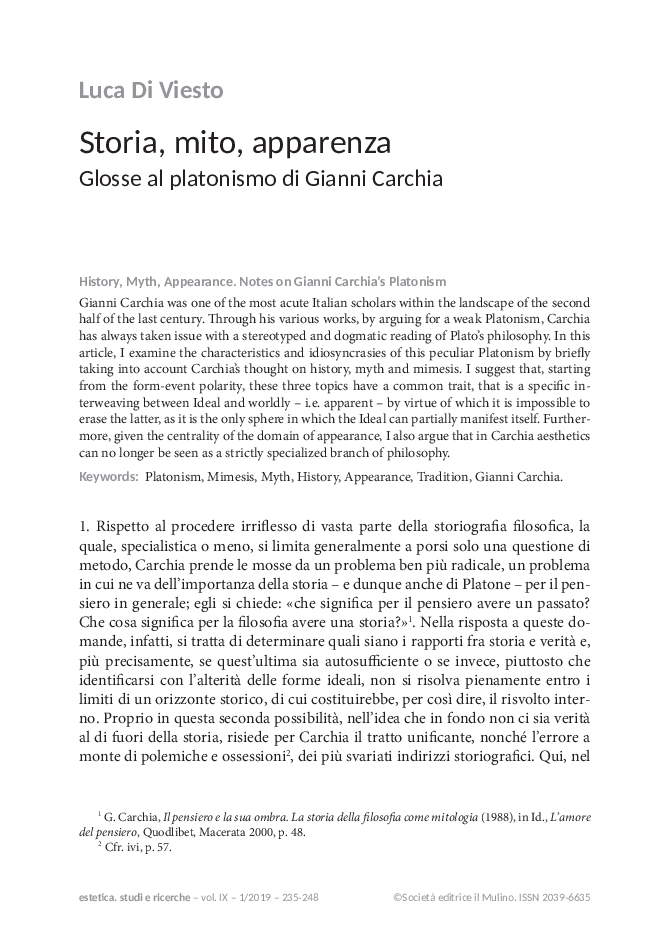