The aim of this paper is to show the link joining ontology and aesthetics in Plato's "Symposium". More precisely, this analysis will focus on poiesis as the basic principle of the constitution of beings. In 205b-c, Diotimas says: «When something comes into existence which has not existed before, the whole cause of this is "poiesis". The products of every craft are poieseis [...]»1. Starting from this point, I will firstly argue that Plato joins the two domains of the natural and the artificial. After that, I will show that poiesis operates by harmonization. Finally, I will explain the reason why τὸ ἁρμόττον (what harmonizes) is both an aesthetic principle, which leads to the beauty, and an ontological one, which operates as "principium individuationis". 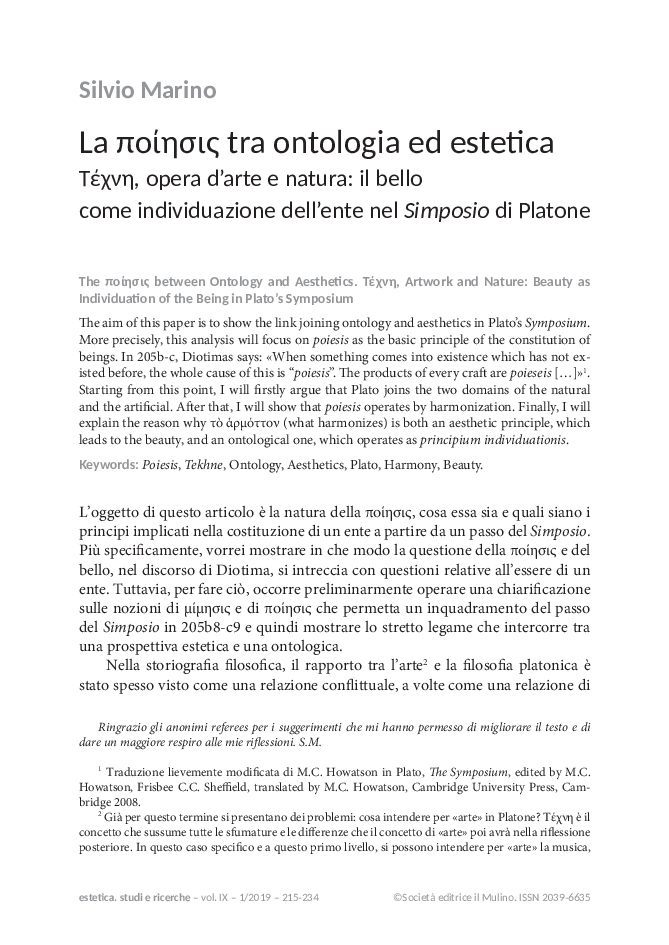