In Plato's dialogues the prologue has the function of a prothyron, a vestibule, an introductory space to the themes that will be dealt with in dialogue. In the prologue of the Phaedrus, in order to express all his desire to hear speeches, Socrates cites Pindar and this quotation establishes not only a series of similarities between Socrates, Pindar and their desires, but, according to the critical hypothesis presented in this paper, it also shows that a good listener of speeches must understand not only what the speech directly says, what is explicitly said, but also what it only indirectly says, because that said indirectly is often the most important part of the message. By looking at the implicit comparison between the text quoted and the content of the dialogue, I would like to propose an interpretation for the Pindaric quotation which, with its implications in the dialogic context, gains elements useful to better understand the dialogue. 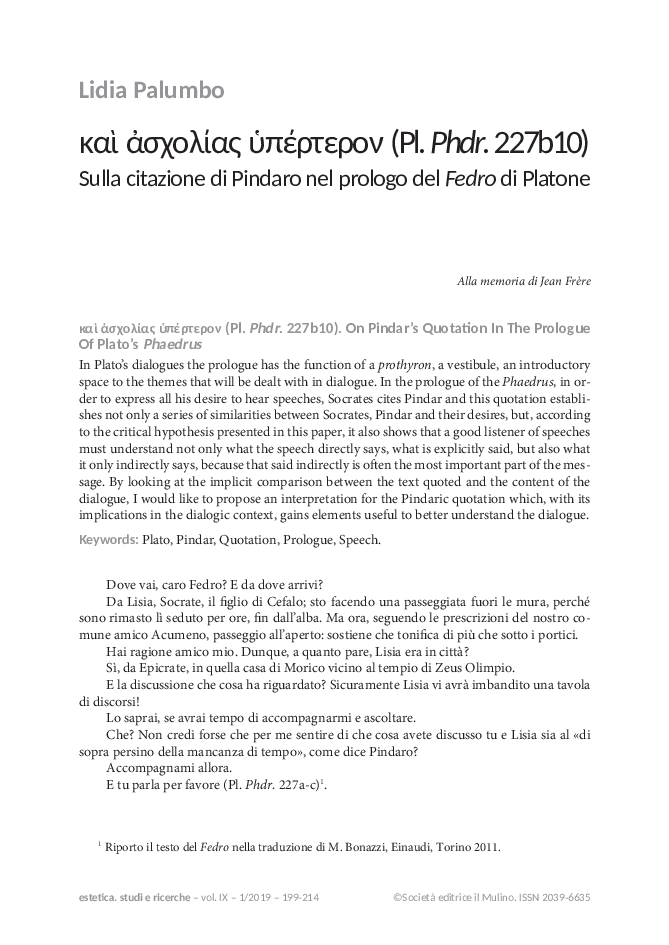