The essay deals with the decision - December 15, 1995, n. C-415/93 - of the European Court of Justice in the well known case Bosman, and it pays particular attention to its consequences in the Italian legal system. The decision is considered particularly noticeable mainly because of the resoluteness of the judges in rejecting, though with a wide statement of motives, a possible specific "sporting exception", considered limiting the principle of free circulation of workers as stated by art. 48 of the CE Treaty. The author considers not to be equally appreciable the decision of the Court not to verify whether or not the Uefa Rules were compatible with the principles of freedom of market and competition. Such a control could have offered the possibility to intervene in the most sensible area of economic activities of football societies, such as tickets, advertising, television rights etc.; an area which the author considers demanding new rules. 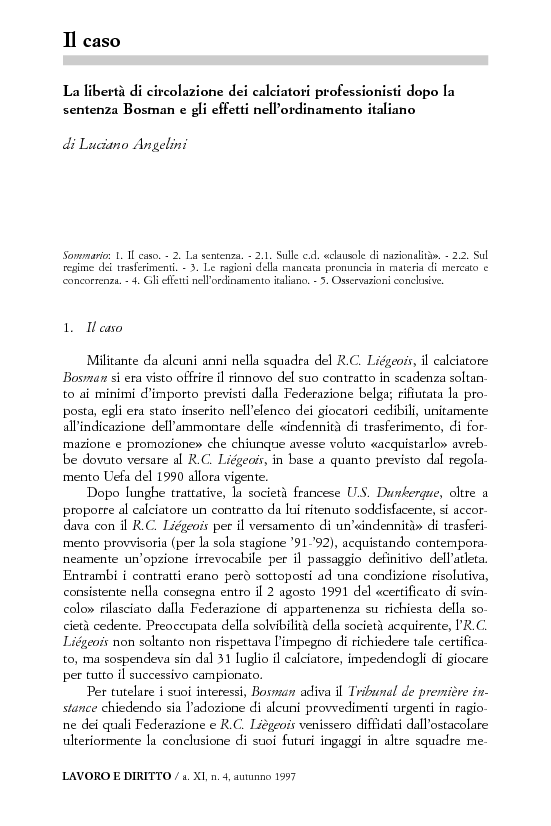