Drawing upon survey data from over one thousand active members of associations in Lombardy, 1993, the article explores the relationship between social capital and trust in a range of political and social institutions. Social capital is operationalized as the set of linkages individuals develop through their past and present organizational memberships. While ties to catholic associations consistently facilitate institutional trust, ties to "new" social movements tend to discourage it. Altogether, however, no consistent relationship is found between associational social capital and institutional trust, as linkages to different associational milieus turn out to facilitate trust in specific institutions, but not in others. Moreover, persons who rely on larger amounts of social capital, because of the intensity and/or the length of their commitment, are found to be less trustful than those who don't, unless they play prominent roles in their associations. Accordingly, the capacity of associations to generate bonding social capital does not reflect in a similar capacity to create bridging capital, linking associations to institutions. Trust in the latter is still mainly dependent on value orientations. 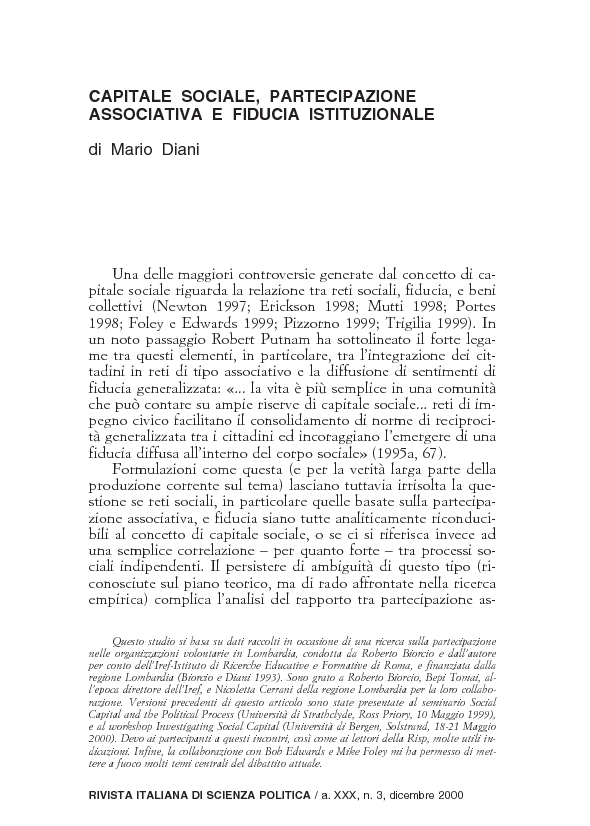