The Aspect Hypothesis (AH) predicts that initial L2 learners will use the perfective morpheme first with telic predicates (e.g., ‘arrive’, ‘build the house’) and then with atelic ones (e.g., ‘sleep’, ‘work’). The AH raises developmental and knowability issues. The former questions that learners must know from scratch that a L2 predicate is telic or atelic. The latter questions that telic or atelic predicates for researchers are such also for learners. This paper reports distributional and experimental data suggesting that most frequent early predicates may be aspectually underspecified and that initial L2 learners may disregard or ignore whether the L2 predicates (that they use and comprehend) are telic or atelic. The paper also warns against committing the comparative fallacy, which consists of assessing a learner’s interlanguage from the standpoint of the target-language. Advanced techniques such as ERP and fMRI could minimize the nativelikeness bias and tap more directly onto a L2 learner’s aspectual competence. To date, studies on L2 aspect using ERP and fMRI are still missing. 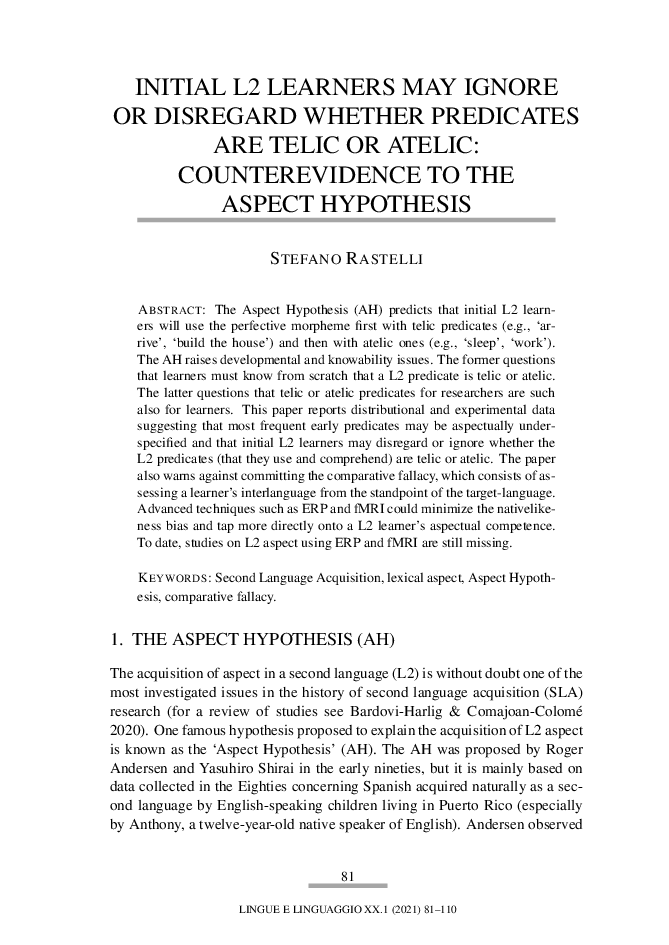