This paper discusses the diachronic development of two of the most prominent verbalizing suffixes in Italian, -izzare and -eggiare. New insights into the prolonged coexistence of the two suffixes are gained by studying their development over time as well as analyzing the lexical and semantic properties of the derived verbs. For the empirical study, 253 relevant verbs were extracted from the MIDIA corpus (Iacobini et al. 2014), a balanced diachronic corpus of Italian with morphological annotation. The data reveal differences in usage patterns between -izzare and -eggiare verbs, both with regard to their distribution over textual genres as well as morphosemantic content. Crucially, the results suggest a complementary distribution (Aronoff 2016), with each suffix specializing in distinct genres as well as expressing different semantic meanings, though not without a certain amount of overlap, thus also showing a form of affix rivalry (Aronoff 2016, 2019). While causative/resultative -izzare verbs increase in usage over time, particularly in scientific and legal texts, instrumental and simulative -eggiare verbs occur more frequently in prose. 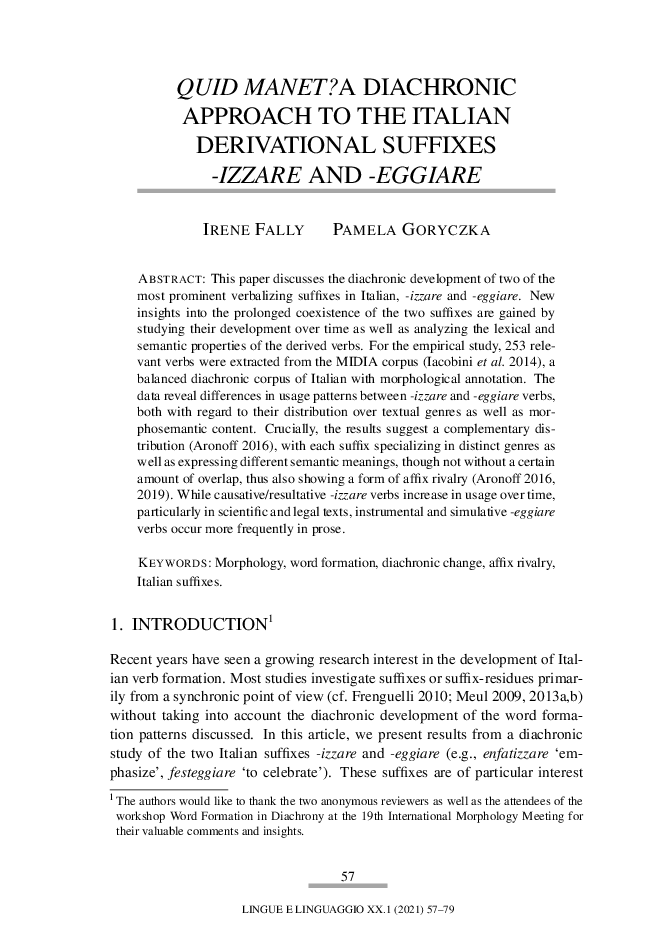