By examining the case of Jews of Libya flooding to Italy after 1967, the paper aims to analyze the remnants left by colonial citizenship regimes. By highlighting the tangle of collateral issues raised by the refugees' claims, the account of the path leading the leaders of the Libyan Jewish community's associations to put themselves in touch with the institutional framework and obtain the recognition of Italian nationality intends to contribute to historical studies of citizenship. In its development, the paper suggests a dual approach: on the one hand, it asserts the need to demythologize the historiographical debate on citizenship, emphasizing political elements affecting the inclusion of Libyan Jewish refugees in the national community, and, on the other hand, it connects the phases of this path to the redefinition of imperial legal cleavages realized by former colonial subjects. 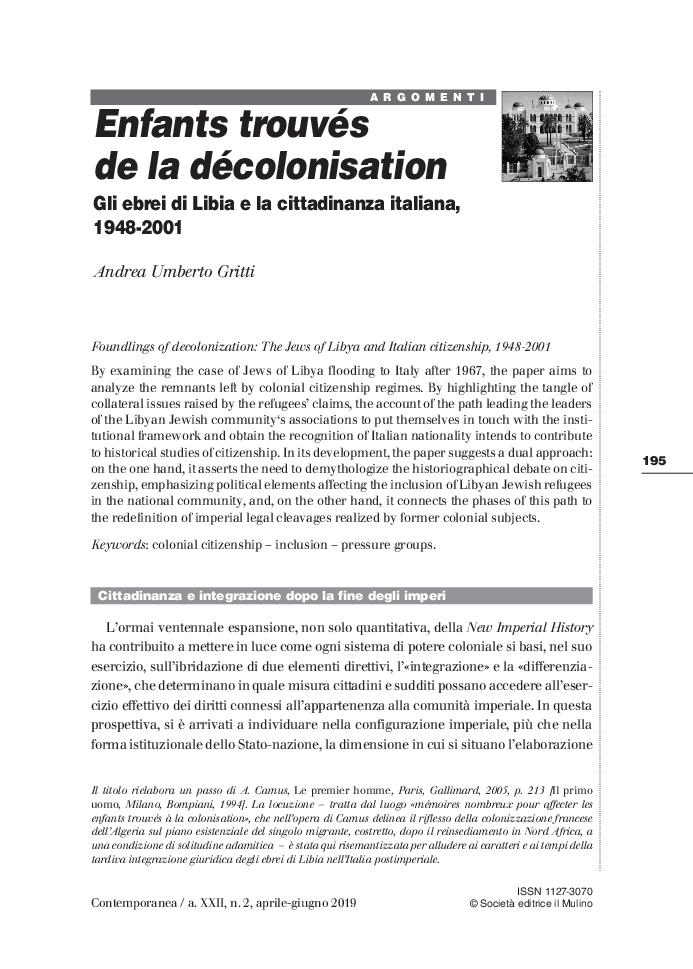