OEEC, later OECD, was a fundamental locus of European cooperation, both during and after the Marshall Plan. When the problem of underdeveloped areas emerged in Europe, OECD looked at the Italian experience  in particular at the experience of the Italian South  and tried to expand it at the European level. In particular, OECD looked at Italy's policies for education in the Mezzogiorno. During the 1950s, these policies were the basis for OECD's most important research and aid project to European Mediterranean countries as a whole. The «Mediterranean Regional Project» (MRP), as it was named, was, in short, a path-breaking project for European growth policies. Despite its limits, and in the typical fashion of those years, the MRP was exported from Europe to other regions as a template of «development recipe». This paper discusses the political and cultural foundations of the MRP, the specific contributions of different European countries, and, most importantly, shows how a geographically contextualized project got continental and global currency. 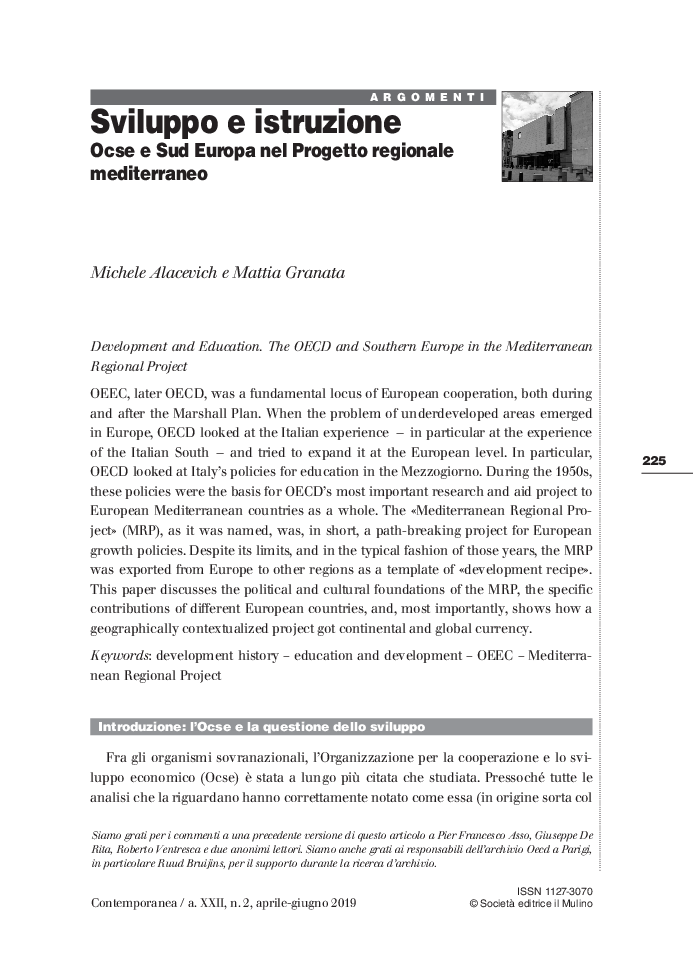