Conspiracy theories about the Jews endlessly flourish around us. Usually, they have been studied in connection with the notorious "Protocols of the Elders of Zion", a forged document of the beginning of 20th century. Interpreted as a myth or a paranoid style of thought, denunciation of world Jews conspiracy has been considered as an inveterate, quite a-historical inclination to misinterpret reality. As a result, little attention has been paid to the origins of the hoax and to his context of appearance. This essay wants to scrutinise the conditions of emergency of the world Jewish conspiracy as a technique to perturb public opinion. It does so in retracing the context of the invention of world conspiracy theory about the Jews in 19th century from a varied complex of hybridization, both cultural and technical. From myth to denunciation, this paper aims to enlighten the transmedia process that produces conspiracy theory, an untangled history of mass journalism, plagiarism from fiction to non-fiction products, transmigration of iconographic items as well as textual evidences. Following this approach, the creators of Jews conspiracy theory as well as their "modus operandi" are debunked and the identity of the author of the «Rabbi's Speech» at the cemetery of Prague - a forged document and main source of the "Protocols" - is detected. 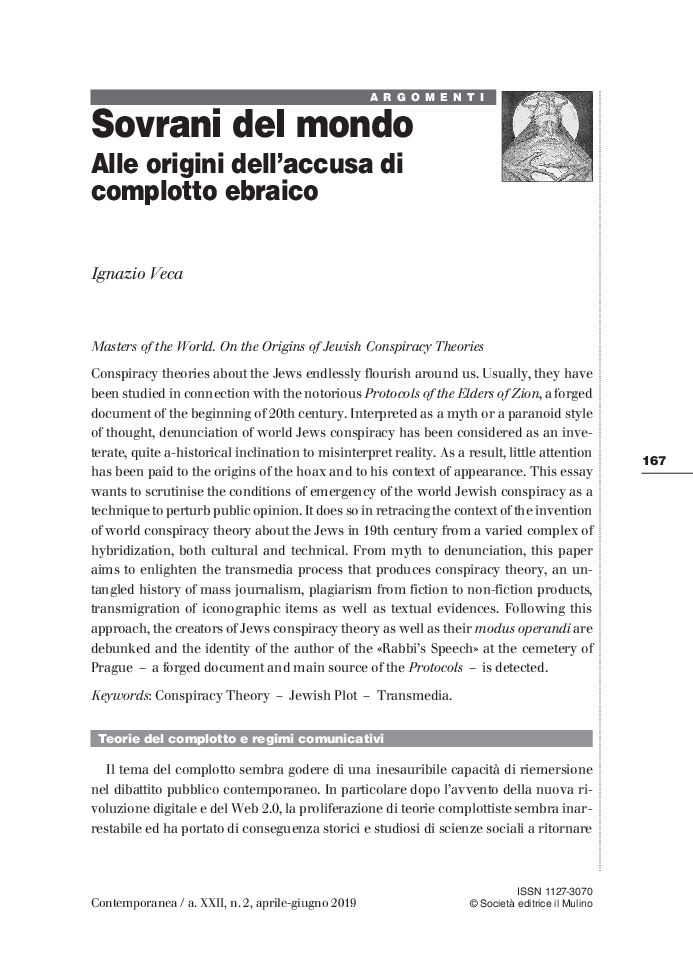