The present study focuses on the tangling of birth control policies and eugenics via the biographical vicissitudes of one individual - renowned international activist Margaret Sanger - in relation to Puerto Rico. This context represents a crucial point of intersection between policies of birth control and policies of population control, between bottom-up choices centered on individuals and policies partially imposed by government bodies, joined here together in a kind of symbiosis and mutual justification. The island does have a number of unusual features. It was a prototypical testing ground for imperial relations between the United States and Latin America and became a place in which, since the 1930s, sterilization programs took place and later reached an impressive quantitative extent: almost one third of women of reproductive age of the overall population. My goal here is to provide medium-term contextual clues that may help us to understand how this practice, widely justified by eugenics theories, was legitimized and exported by the liberal-democratic context par excellence, the United States. The article will also get to the roots of the concept of «overpopulation», as an important precedent for later spreading the logic of containment inherent in the bipolar world and its complex political implications. A further confirmation of Puerto Rico as a «social laboratory» will be provided by Sanger's decade-long relationship with local medical and health professionals in the island, culminating in a very controversial episode of the first contraceptive pill trials. 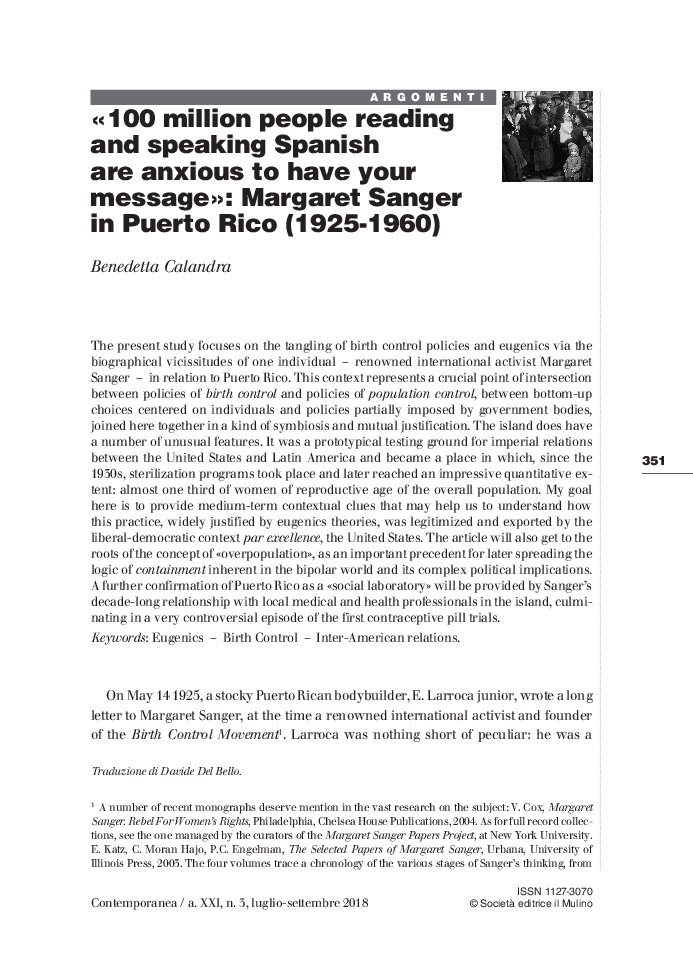