The article examines the relationship between eugenics, physical exercise and the body in Latin America in the 1930s and 1940s. By focusing on Argentina, Brazil and Mexico it analyzes the reception of different traditions of European constitutional medicine, and in particular biotypology. It argues that, faced with rapid urban growth, incipient industrialization and greater social mobility, eugenicists in these countries turned their attention to collective fitness. The processes of industrial nation-building undertaken by the populist regimes of the 1930s and 1940s made the production of vital data all the more important. Biotypology played central role as a scientific means to optimize «human capital». One way to achieve this was through physical culture. On the one hand, exercising was an ideal means for instilling in the population, especially the youth, healthy habits and socially useful abilities. On the other, it offered scientists a laboratory for studying human capacities. For biotypologists, however, this knowledge had larger political implications in so far as it promised to produce the empirical data necessary for constructing taxonomical systems into which virtually every citizen could be included. 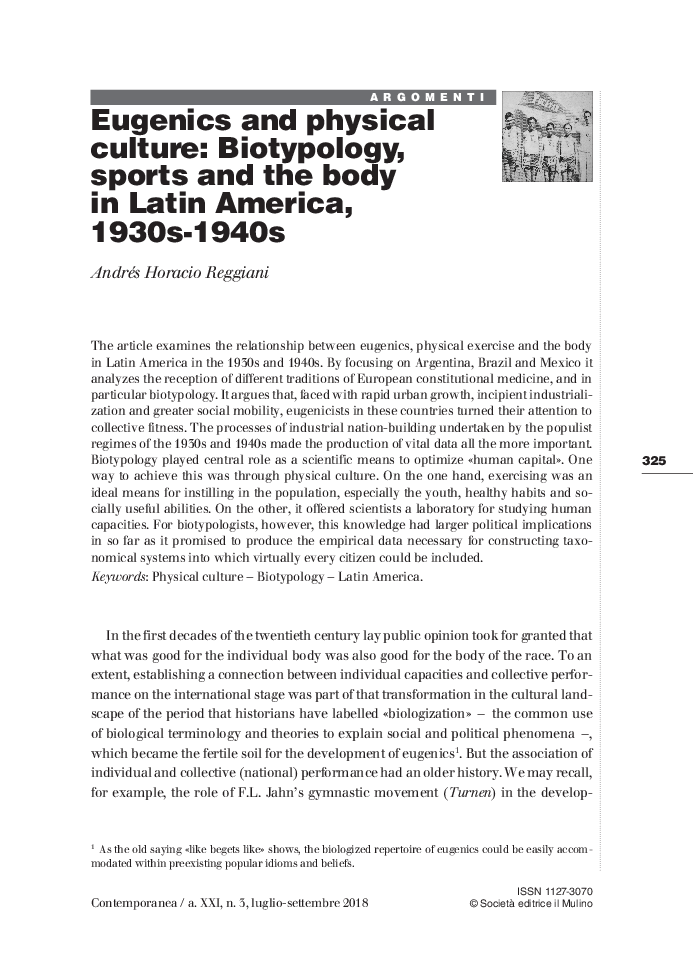