In this 1930s, both France and Great Britain hosted Fascist movements on their territories. There, groups which were inspired by the Italian and/or/then the German models adopted the political uniform, such as the mass party of the British Union of Fascists or the small group of the Francistes. Others, like the fascistic Parti populaire français, preferred to be prudent, even if it integrated the uniform gradually from 1938. Then, the forms these movements gave to their uniform(s) may have changed, but the functions and the issues were practically the same ones, making their totalitarian project of reshaping society known by the dress. Finally, in these two old democracies in crisis, the reception of the political uniform by the populations, the authorities and the governments were similar. It went from denunciations to derisions and, at last, to its official ban in the two countries. 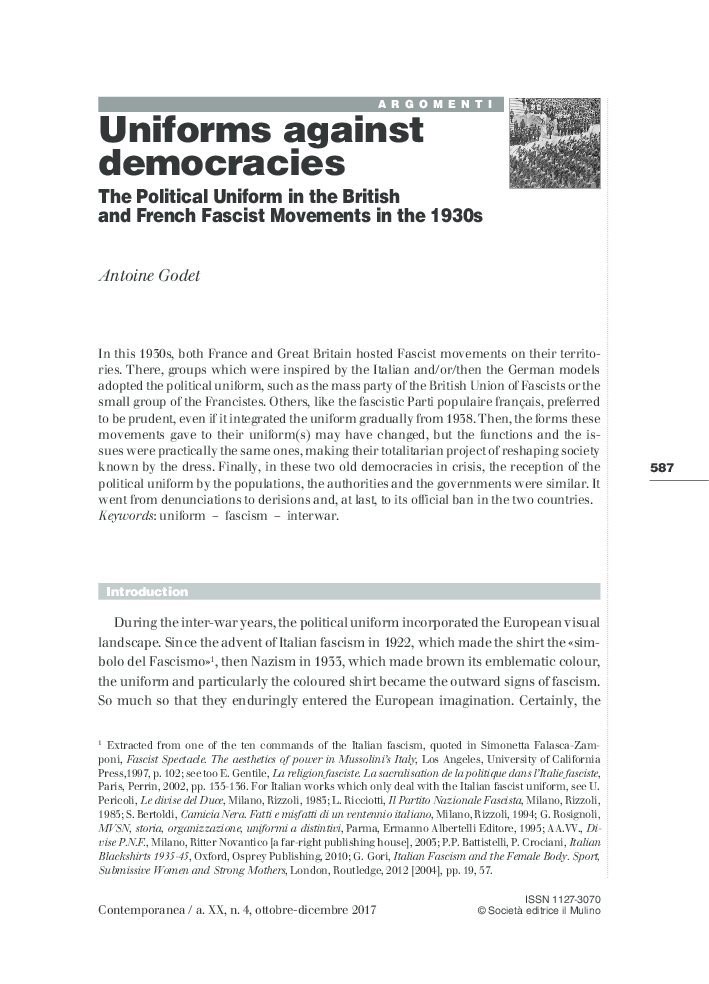