Bikini boys, the first Polish subculture, sprang up among the youth in hard times of postwar reality and significant political changes. Fascinated with American way of life and the style of rebellious young generation called the zooters, they tried to pattern themselves on their western peers. They adopted not only a specific world view, but also a characteristic attire adjusted to their own needs: oversized jackets, narrow trousers, stripped socks and colorful ties. But such an extraordinary garb contradicted the desirable look of a socialist citizen promoted by the new communist authorities. In attempt to form a classless society, the regime propagated mediocrity and standardization in every aspect of daily life, including dress. Therefore, the authorities initiated a peculiar struggle for a proper look that played out through all propaganda means and lasted until the end of the Stalinist period. 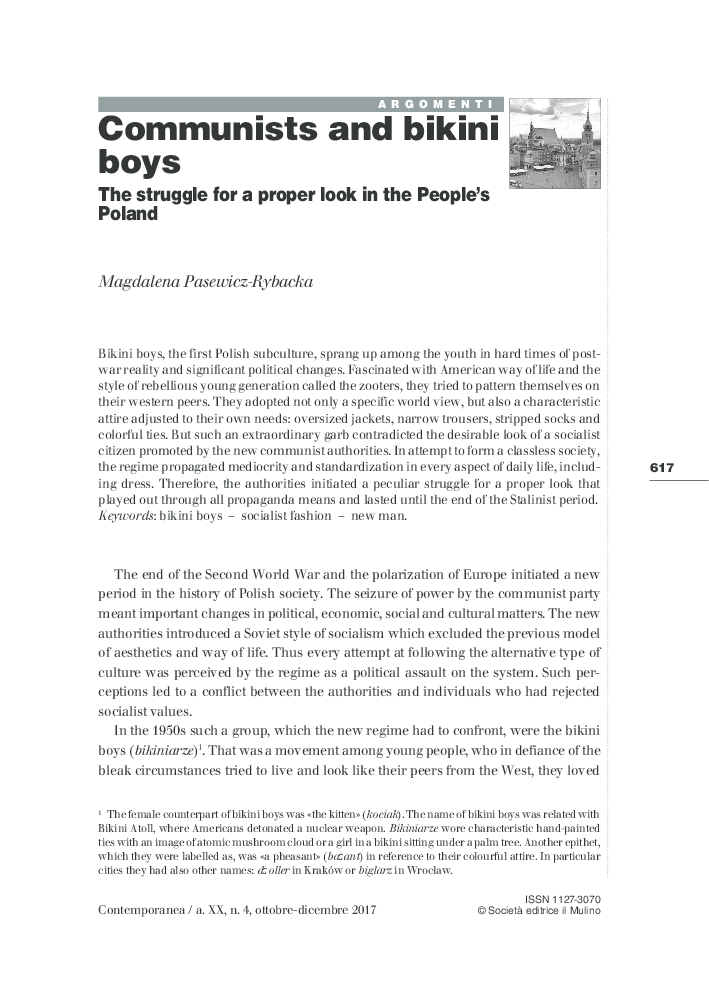