For hundreds of years, the Ashkenazic Jewish community in Jerusalem was part of the everyday life of the city, a life shared by Muslims, Jews and Christians of different backgrounds. Despite this fact, modern Jewish and Israeli historiography did not devote much attention to this community - be it due to the fact that it represented a set of values not appreciated by modern nationalist ideology, or because of the preference of historians, when writing about Arab-Jewish relations in the Land of Israel/Palestine, to emphasize conflict rather than coexistence. This article addresses the question of the integration of Jerusalemite Ashkenazic Jews into the fabric of the city, paying special attention to the issues of clothes and language. Through the use of «external» and «internal» sources, religious/legal and ethnographic texts, the article paints a picture in which, on the one hand, Ashkenazic Jews are presented as clearly «native» to the land, and on the other hand as deliberately emphasizing difference - especially in places where this difference is most likely to become blurred. 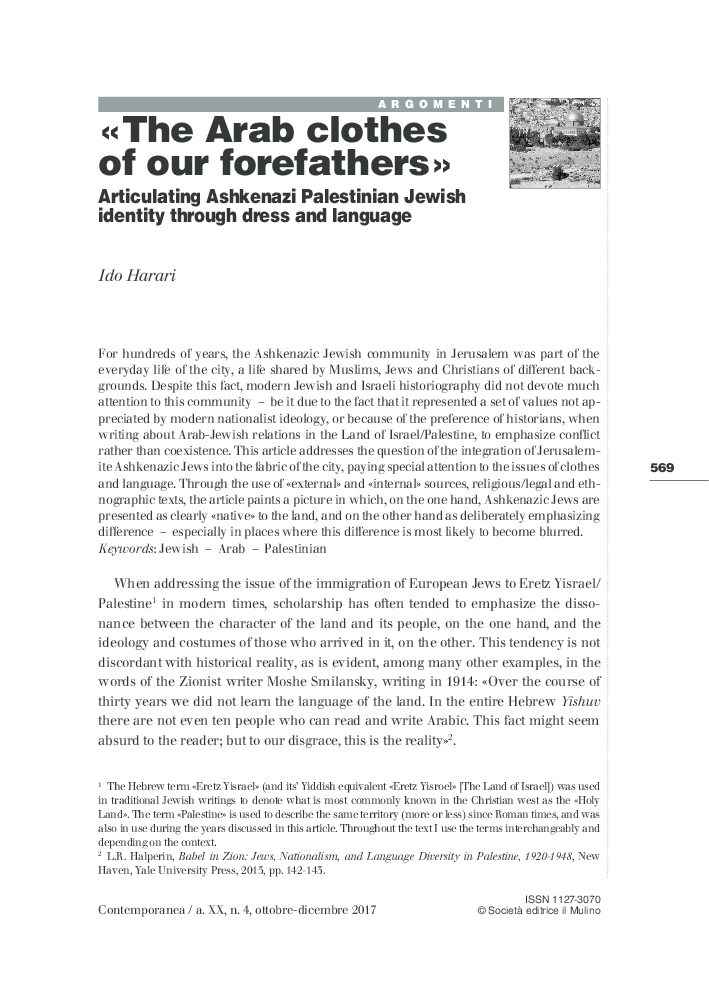