Culture with its inherent elements of creativity and innovation is a value in itself. It has a significant public value and contributes to the achievement of smart, sustainable and inclusive growth in the Eu system. Starting from this premise, the aim of the Paper is to analise, in the first paragraph, the role of statitistics and statistical comparability which has for consequence that organisation, methods and contents could be very different not only from one country to an other, but also in the same country amoung different public entities concerned with cultural policies. This last aspect is the topic of the second paragraph in which are considered cultural domains such as are Museums belonging to different government entities such as State, Regions and local government subjects like province and municipalities. It is statistically proved by the Audit comptroller and the Italian National Institute of Statistics that in Italy public Museums are mostly, with some exceptions, organizational structures without a scientific, financial and accounting autonomy. They are publicly funded and financed and the fact that could now find themselves together with commercial organisations under the concept of "cultural industries" is somehow problematic. In the past two years the system of funding the Museums has somehow changed (and is still changing) in order to decrease public funds and promote self-financing strategies, donations and sponsorships. This is the topic of the third paragraph and the conclusion is that it is necessary to strengthen links between culture and economy in particular in this times of economic downturn when there is a need for cultural policies to be even more effective, efficient and sustainable. 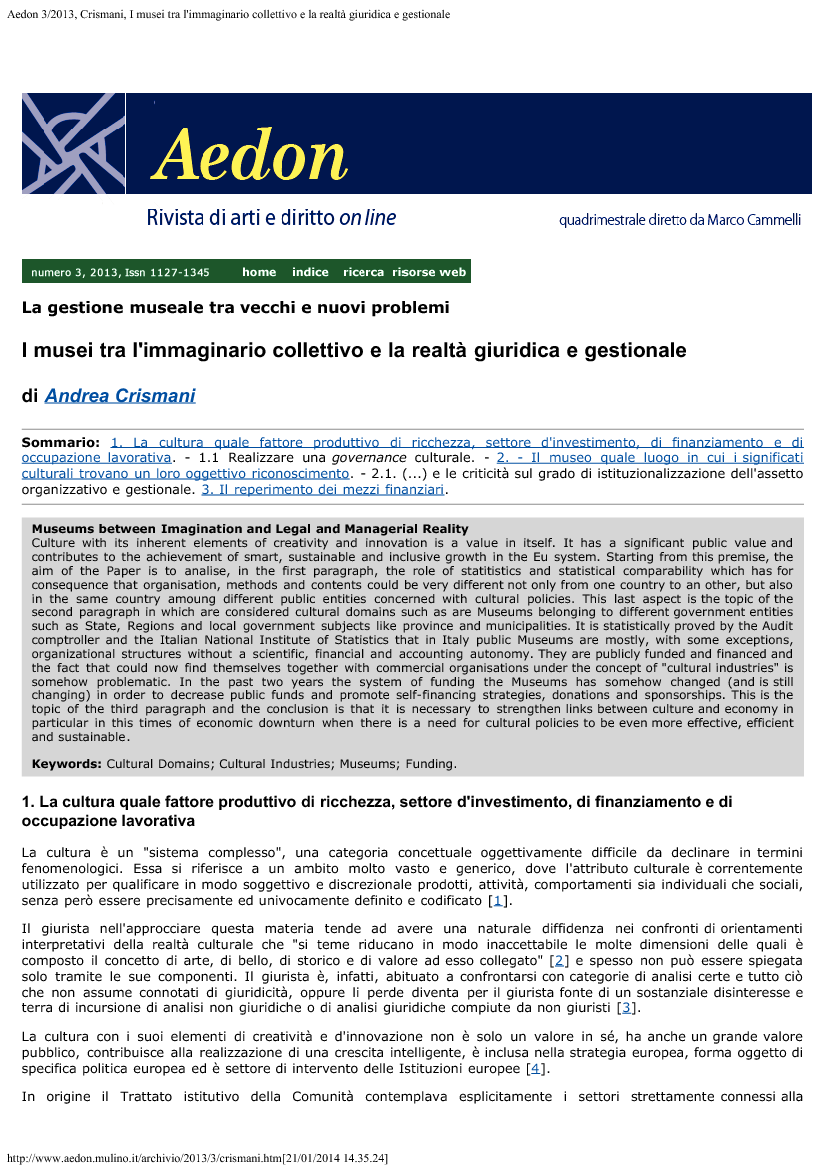