The author of the essay, after analysing the critical issues and the strengths of the current system of landscape administration, makes some proposals to amend the Part III of Legislative Decree no. 42/04 which in recent years has been the object of several legislative measures which have affected, sometimes in a desultory way, the main institutions of landscape protection. On closer inspection of these proposals the reader may realize that their common denominator is the need of a clear reaffirmation of the centrality of government administration in the practice of landscape functions. At the end of the essay the author highlights the need to adopt, in the cultural heritage sector, new policies which bring out the importance of landscape as a "common good" and, more generally, the importance of the public interest as "the foundation of the common life". Such policies will incur more resolutely the awareness of environmental issues by ending the worst practice of the amnesty for infringements of building regulations which originated as an "exception", owing to its many iterations, is increasingly taking on the appearance of an "habit". 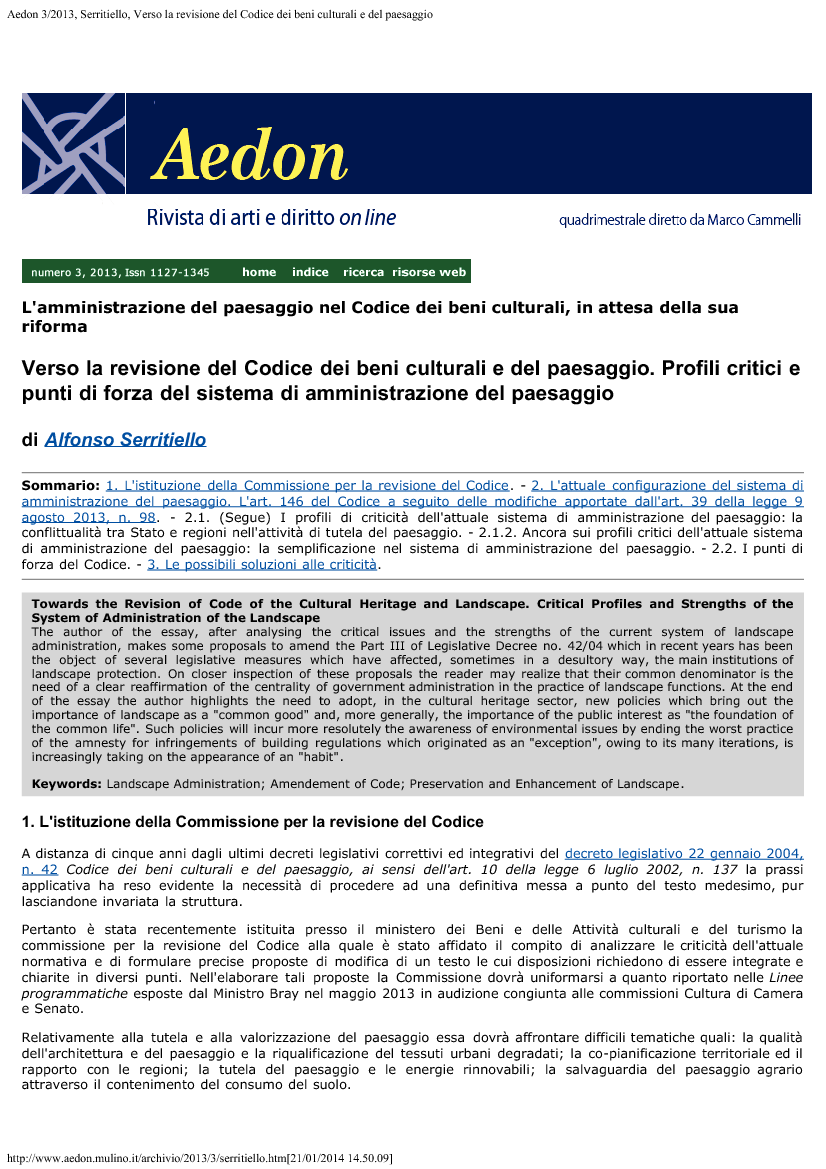