In a historical moment of democratization and decentralization of the access and dissemination of information through the internet, and social media in particular, conspiracy theories seem to be a constant in our public discourse, able to occupy ever wider spaces of communication than mass. In this article, through a reading of one of the classic studies on conspiracy, The Paranoid Style in American Politics by the historian Richard Hofstadter, and some more recent contributions that seek to reorient the debate on this phenomenon, and to some extent redefine it in light of the transformation of historical, political, social and economic contexts, I would like to reflect on what it means to elaborate conspiracy theories in a hyperconnected and hypervisible world, taking as a point of reference a specific theory that has had a recent and unexpected success in the USA: that of QAnon and his Great Awakening. 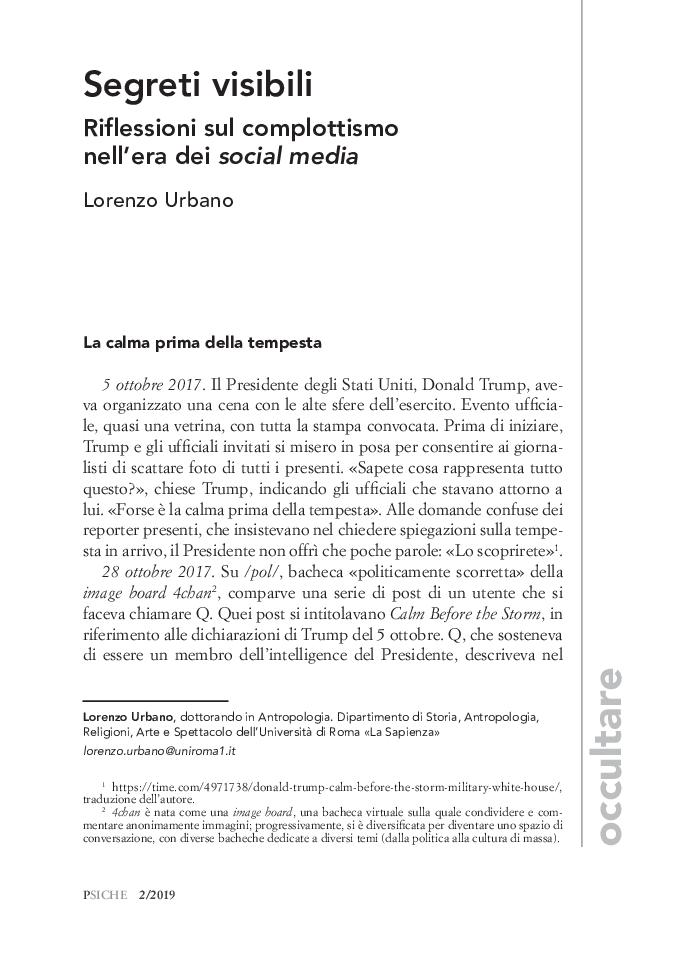