Recent studies have found that the various manifestations of economic, political, and social instability have an immediate effect on tourism. Financial fl uctuations, political and military crises, war, as well as terrorist incidents, capable of generating a climate of insecurity, have demonstrated their ability to disrupt the fl ow of tourism. It has been emphasized how wars constitute one of the most disruptive factors among all those leading to a slowdown, or even complete paralysis of tourist activities. This essay examines the negative impact of World War I on tourism in one areathe Habsburg Monarchy's alpine regionswhich had gotten off to a very interesting and promising start in the late nineteenth and early twentieth century. By analyzing the data collected by the k.k. Statistische Zentralkommission in Vienna, the devastating effect of war on tourismparticularly for destinations located along the frontbecomes clear. Furthermore, it becomes clear how the negative effects of war on tourism did not vanish with the end of the armed confl ict but carried over into the postwar years. 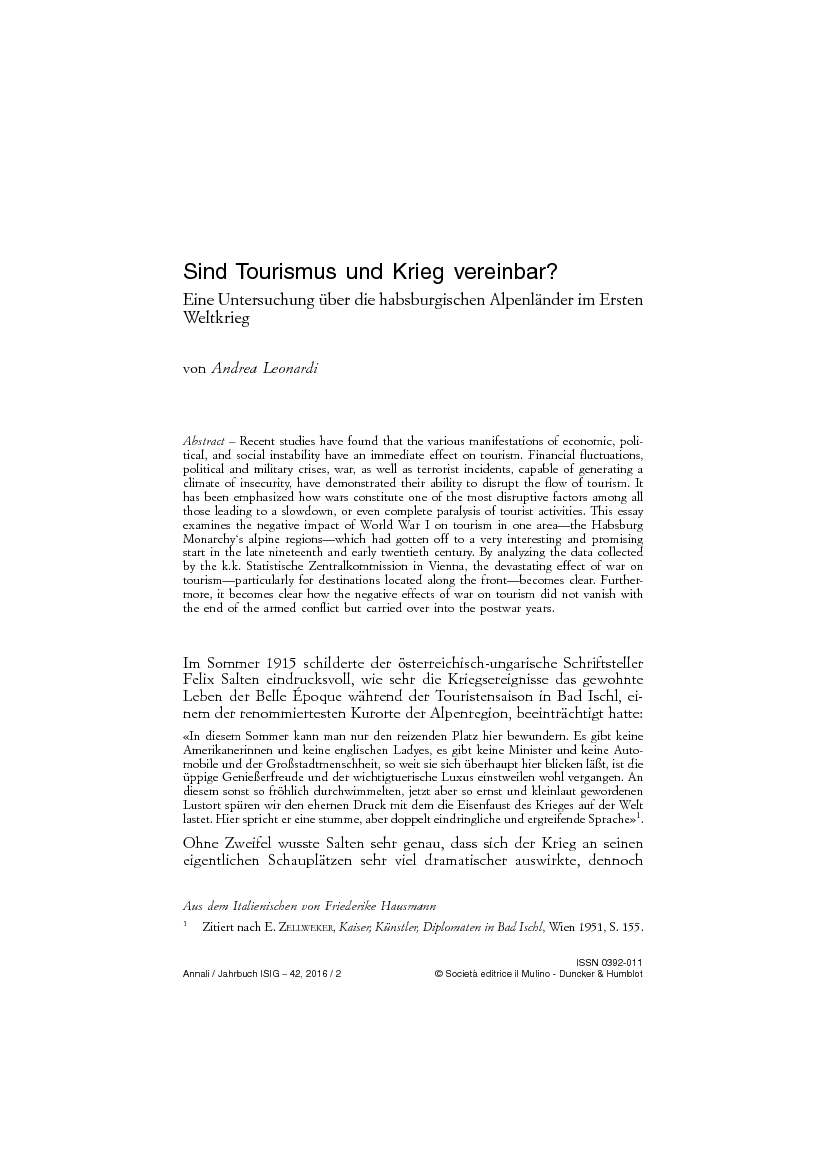