This article examines the Italian state's policies toward Italy's northern and eastern borders from 1918 to the late 1970s. In particular, it focuses on the democratization process of those territories whose contested national sovereignty propelled both diplomatic and ideological tensions between Italy, Austria, and Yugoslavia after 1945. This study focuses on three pivotal moments that infl uenced the Italian presence on its frontiers and the relationship between Rome and two border territories as South Tyrol and Julian Venetia. First, it investigates the decline of the Hapsburg Empire and the rise of fascism in the border regions. Second, it stresses the defense of the border's Italianness from 1945 to 1954 and discusses the diplomatic confrontation between Italy, Austria, and Yugoslavia. Third, it analyzes the years between 1954 and 1975 and suggests that the new political context led to the normalization of international, national, and local relations, concluding a long transition started after the annexation of the two border regions of Italy in 1918. This article demonstrates, in fact, that after 1954 these territories became the focal point of the process of political normalization between neighbors and, above all, emphasizes both continuities and discontinuities in the views and strategies of the central government and its political supporters toward the Italian borderlands since 1918. 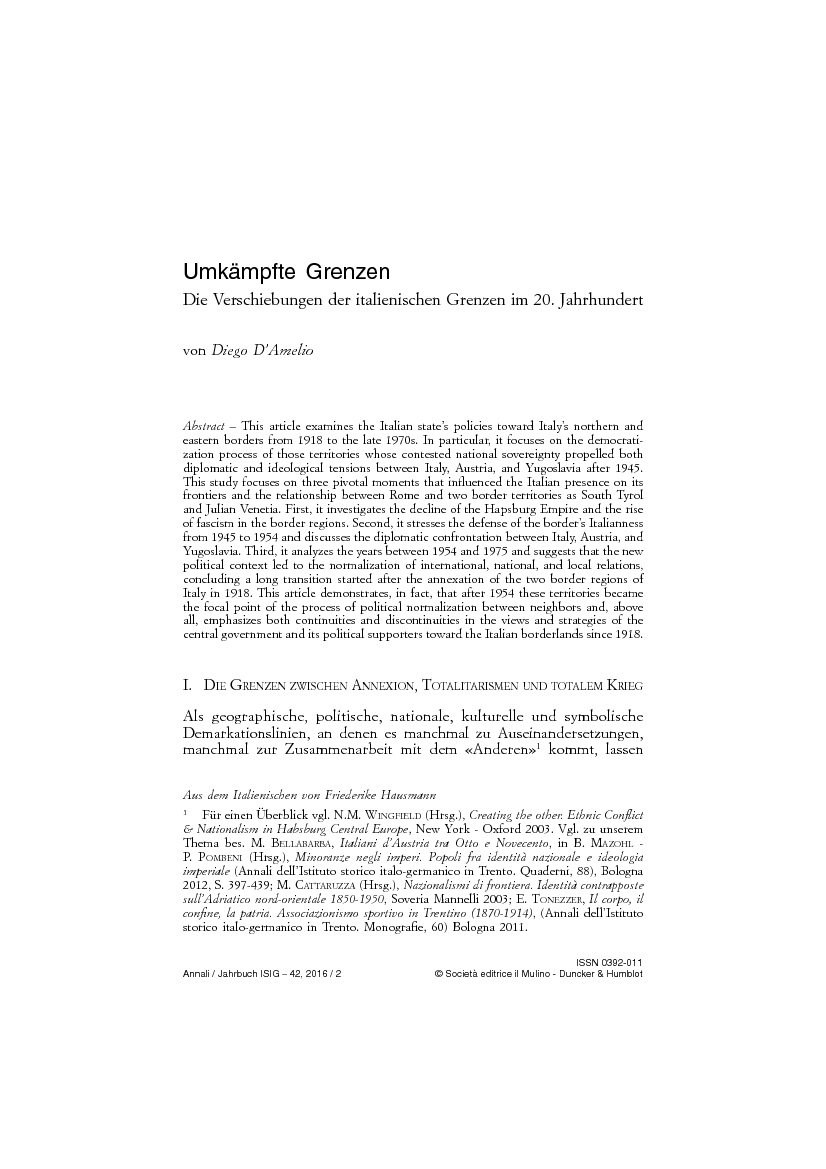