During the Covid crisis the health and well-being of older people has drawn some attention. The contribution sheds a light on the past and examines, how the expansion of health care schemes in Germany, Italy, and Great Britain influenced the care of the elderly, and vice versa. Geriatrics and Gerontology owe much to the clinical physicians of the nineteenth century and their interest in older patients, who made up a large part of hospital admissions. When health care schemes expanded during the twentieth century, however, the elderly were increasingly excluded from medical-based health care provisions, especially hospital care. In return, social care schemes were promoted and the field of elderly care expanded. This essay discusses the ambiguities of such health care pluralism and the limits of the medicalization process. 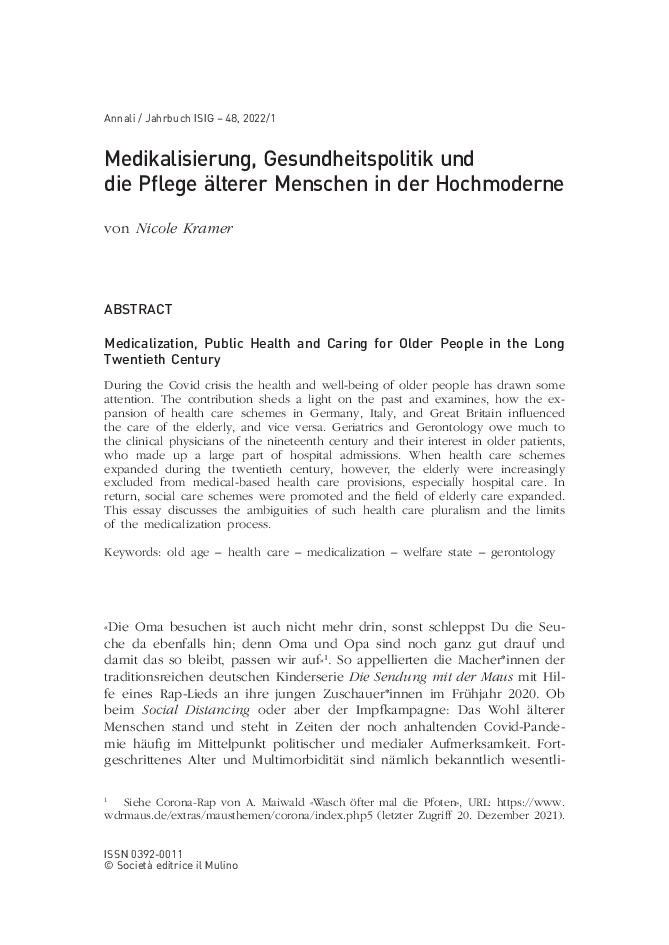