This article aims to describe the welfare measures planned by the Italian state for war victims, both military and civilian, after the Second World War. These measures, which included war pensions, health care, job benefits (compulsory placement), housing and education aid, made up a system of social assistance that preceded the construction of universal welfare tools. Postwar social care, therefore, contributed to the formation of the modern Italian welfare state, and guaranteed its recipients – over a million people in the second half of the 1950s, and hundreds of thousands still three decades later – forms of social protection which were, at times, more advanced than the majority of citizens 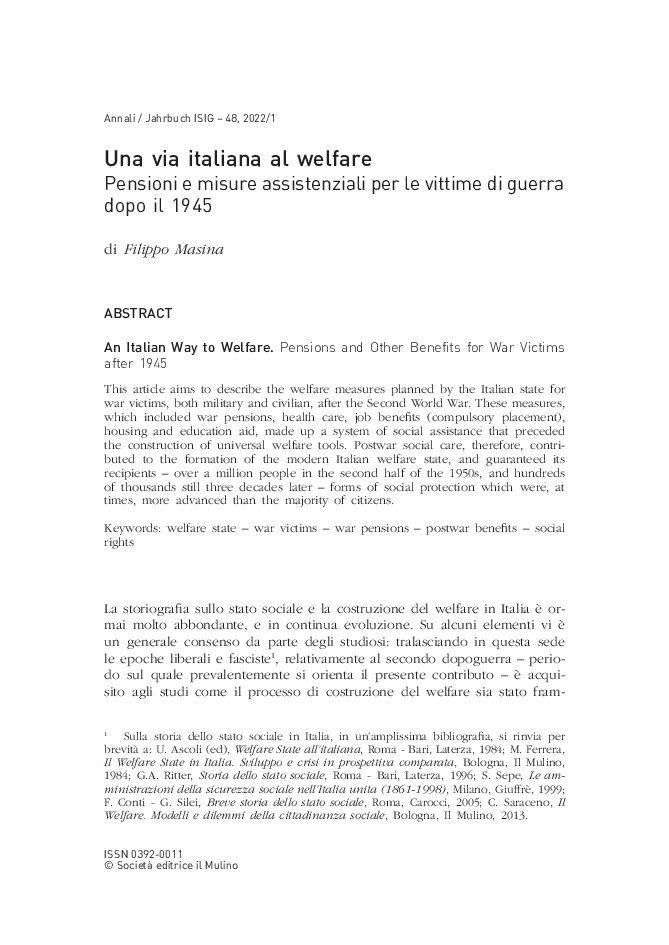