This essay analyses the role played by Catholic popular and children's fiction in spreading political antisemitism between the late nineteenth century and the 1930s. In particular, it will take into consideration the imposing output of Ugo Mioni (1870- 1935), a priest from Trieste who was considered by Antonio Gramsci to be one of the authors most representative of Catholic popular literature. Starting from his journalism debut as director of the newspaper L'Amico in Habsburg Trieste, Mioni, who was close to the positions of Karl Lueger's emerging Christian Social Party, combined a violent Italian nationalism with a political antisemitism not without racist overtones. In subsequent decades, Mioni transposed into novel form the topoi of the intransigent Catholic discourse on Jews and its variations. Between the 1920s and 1930s, in an effort to react against the biological and potentially anti-Christian antisemitism professed by the neo-pagan currents of the right-wing movements, Mioni recovered a more strictly religious dimension of his hostility towards Jews. Nevertheless, he did not question his assessment as to the nefarious role played by Jews in modern society. Hence Mioni's literary work appears to be one of the fundamental carriers of the of hatred against Jews among the Italian population before the racial laws of 1938. 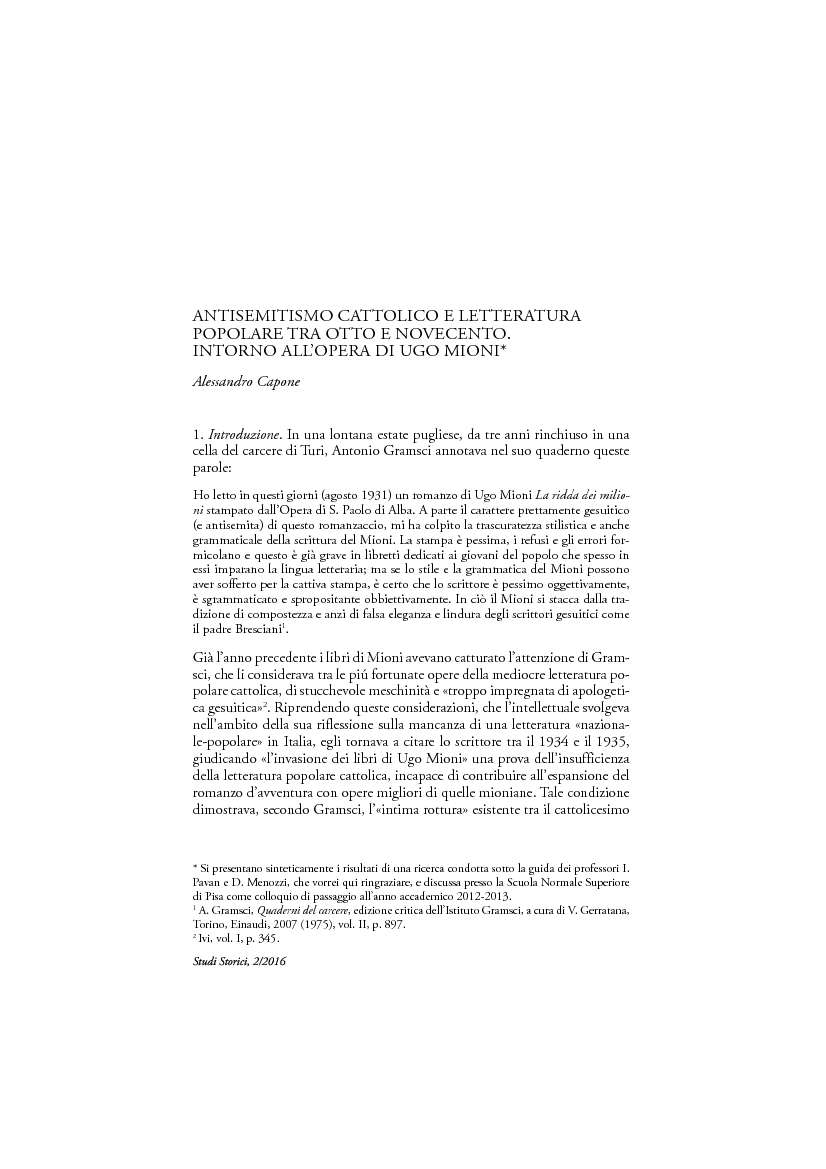