Between the eighteenth and nineteenth centuries, Sweden too, in the wake of the great European powers, attempted to build a colonial empire. Guided on the Atlantic routes by the expert hands of Dutch merchants, the Swedes founded in Delaware their first settled possession in the New World, Fort Christina (1638). The colonial drive led the Swedes to enter the great circuit of the slave trade, building several fortifications to hold slaves departing for the New World on the coast of modern-day Ghana. In the 1650s, the Swedes lost these outposts to the Danes and Dutch. Swedish imperial ambitions would remain silent until the end of the eighteenth century. In 1784, in exchange for some grants given to the French in the port of Gothenburg, King Gustav III received the possibility of colonizing the island of Saint-Barthélemy. The Swedes attempted to turn this small island, not far from the Greater Antilles, into a hub in the Caribbean trade and slave dealing between the eighteenth and nineteenth centuries. To manage a colony partly founded on the exploitation of slave labour, the Swedish authorities also resorted to the promulgation of slave laws, also known as Black Codes. A clear example is the "Von Rosenstein Code", enacted in 1787. 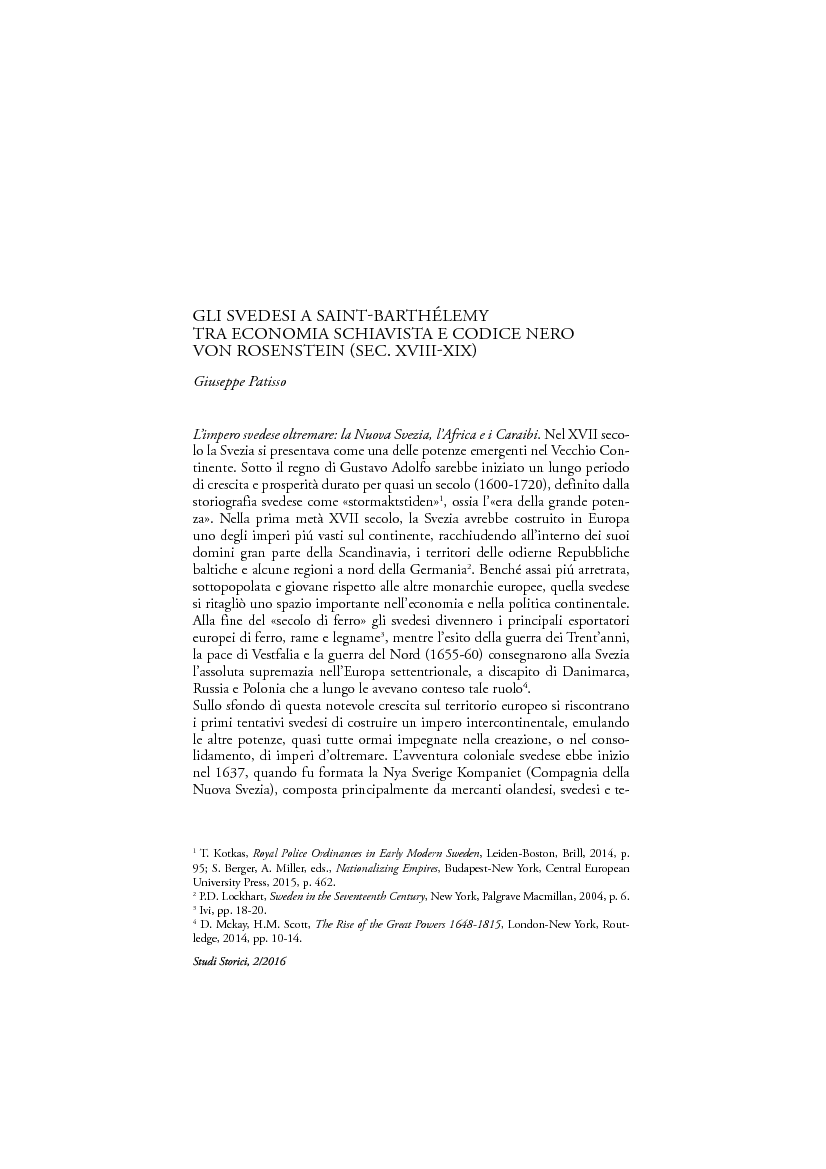