Arturo Carlo Jemolo, having joined the Army as a volunteer in World War I, was captured by the Austrians on 24 October 1917. After many months as a prisoner of war, his health and nerves collapsed and he strove to be released. Towards this end, from the camp where he was held prisoner, he requested help from Italy. He received support from his professor, Francesco Ruffini, as well as, at the Vatican, from the future Cardinal Luigi Sincero, also a former pupil of Ruffini, and from Cardinal Pietro Gasparri, then Secretary of State. Gasparri succeeded in obtaining Jemolo's freedom, which was secured just days before the Armistice was signed, but far earlier than for many other prisoners of war. Although some aspects still need to be clarified, this article presents many unpublished documents that shed light on this crucial episode in Jemolo's life. 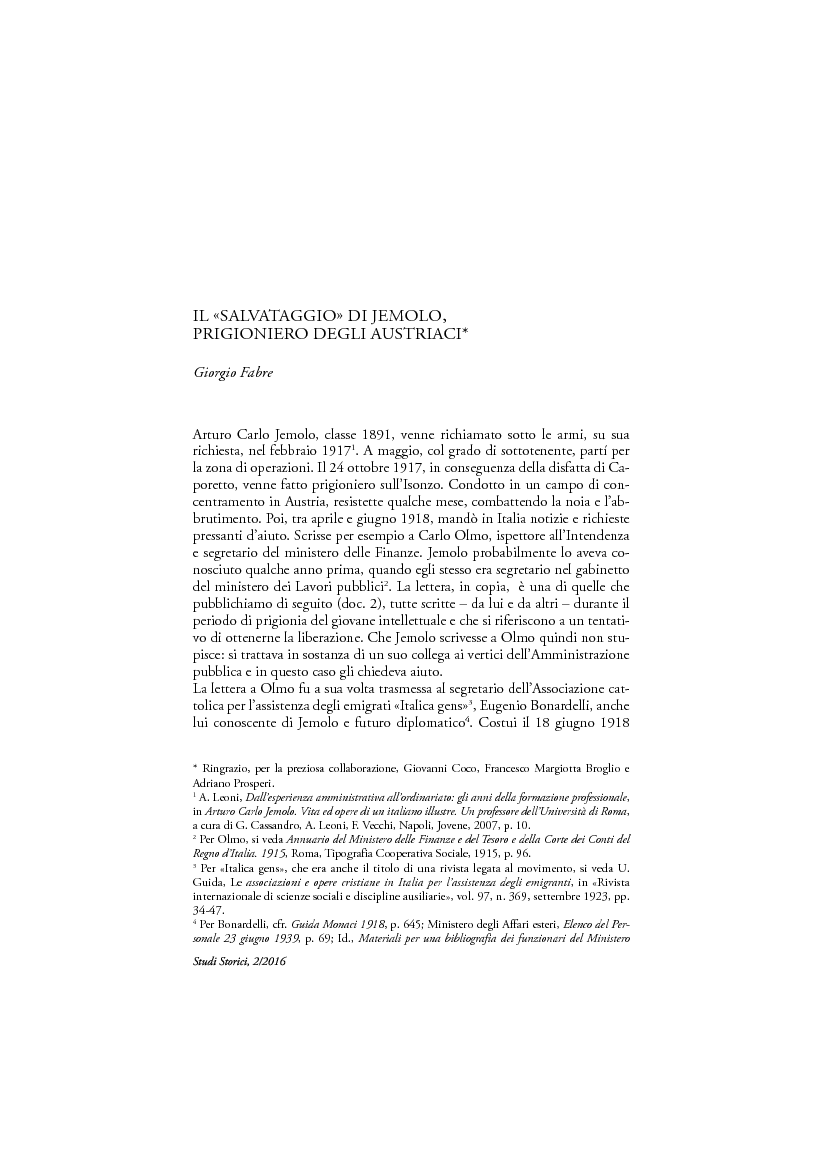