In Post-War Italy, Nilde Iotti developed a new idea of women’s emancipation, which went beyond the ideological scheme of the emancipationist tradition firmly rooted within the Italian Communist Party. Her original way of thinking anticipated some themes of feminist thought in the 1960s and 1970s. In Iotti’s vision, women’s emancipation meant not only achieving full parity and equality with the other sex, but also changing the mentality and culture that still heavily penalized women’s lives. During the 1970s, in the period preceding her rise to the summit of national political institutions, Iotti was to work with great commitment towards the approval of advanced social laws aimed at modernizing Italy and changing the lives of women in politics and society. 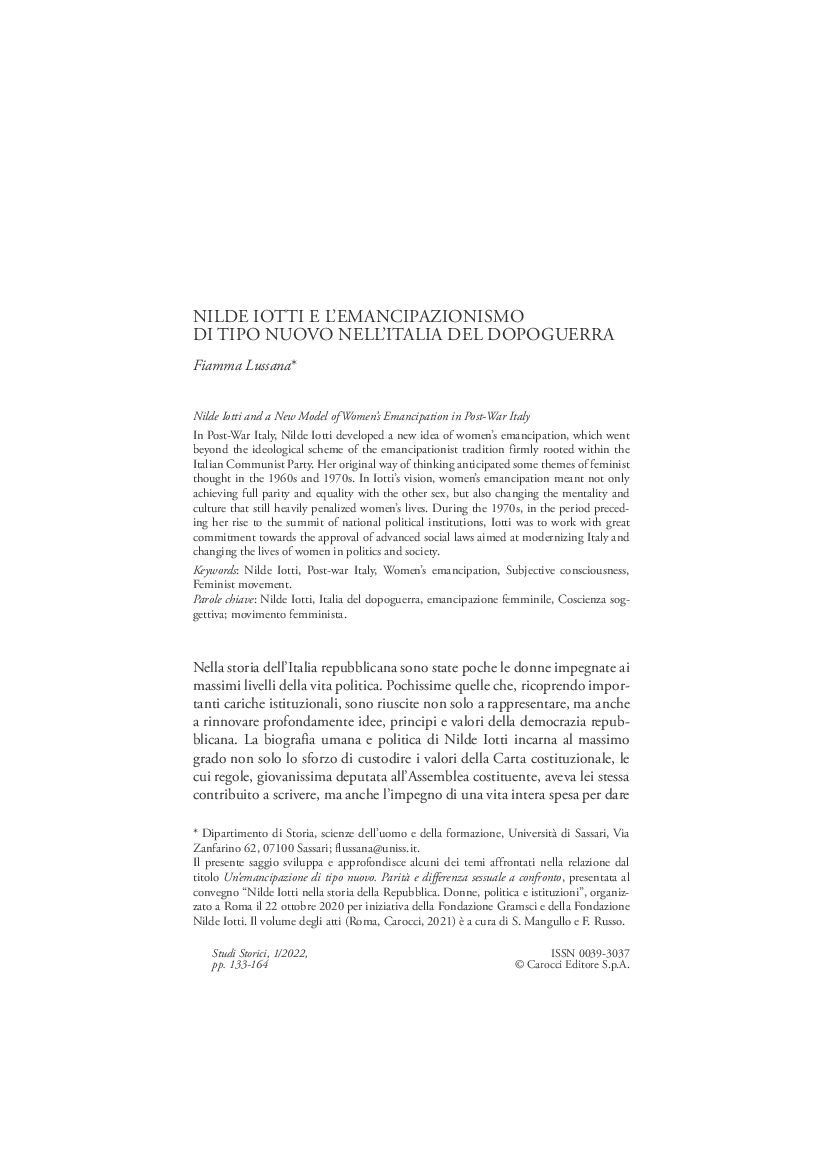