In September 1864, the news of the transfer of Italy’s capital to Florence caused widespread popular discontent in Turin. Ideals and economic considerations led people to protest against an act considered an injustice to the detriment of the city, perpetrated by a government that appeared to be anti-Piedmontese and subordinate to a foreign power: France. The riots degenerated on 21 and 22 September, when Carabinieri and guards opened fire on the crowd, causing numerous victims. The seriousness of the incident fuelled controversy and raised suspicion of the presence of provocateurs among the demonstrators, a thesis taken up by recent historiography. Through the use of unpublished sources, the essay analyses the Turin riots from a different perspective, focusing on policing mechanisms and the action of law enforcement agencies, considering both the time’s political/social context and the poor skills of the men entrusted with managing the public order. 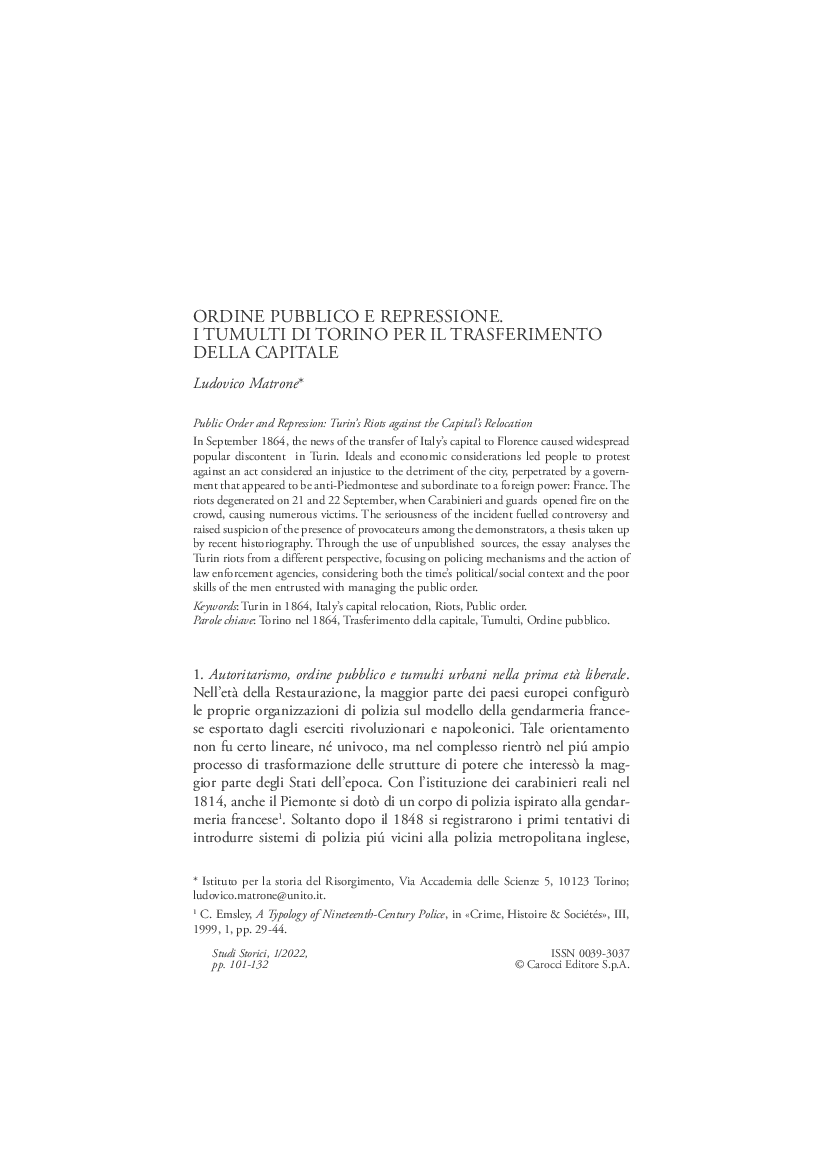