Keywords: Mary of Nazareth, Marian cult, Political use of religion, Miracles and apparitions

In Italy, during the decades between the end of the Second World War and the beginning of the new millennium, the figure of Our Lady, Mary of Nazareth, was assiduously present in the media. This essay intends to systematically investigate the cyclical trends of this presence, attempting to identify the historical phases in which it reached the highest and lowest levels in the pages of certain newspapers and to link this trend to the political, social and cultural transformations taking place in the country. It will therefore focus on the emergence of a feminine Mariology, linked to the incipient processes of women’s emancipation; on the recourse to the Madonna in a purely political and electoral key; on the explosion of a Marian presence interpreted in a visionary and miraculous perspective; and on its use as an instrument of division or dialogue 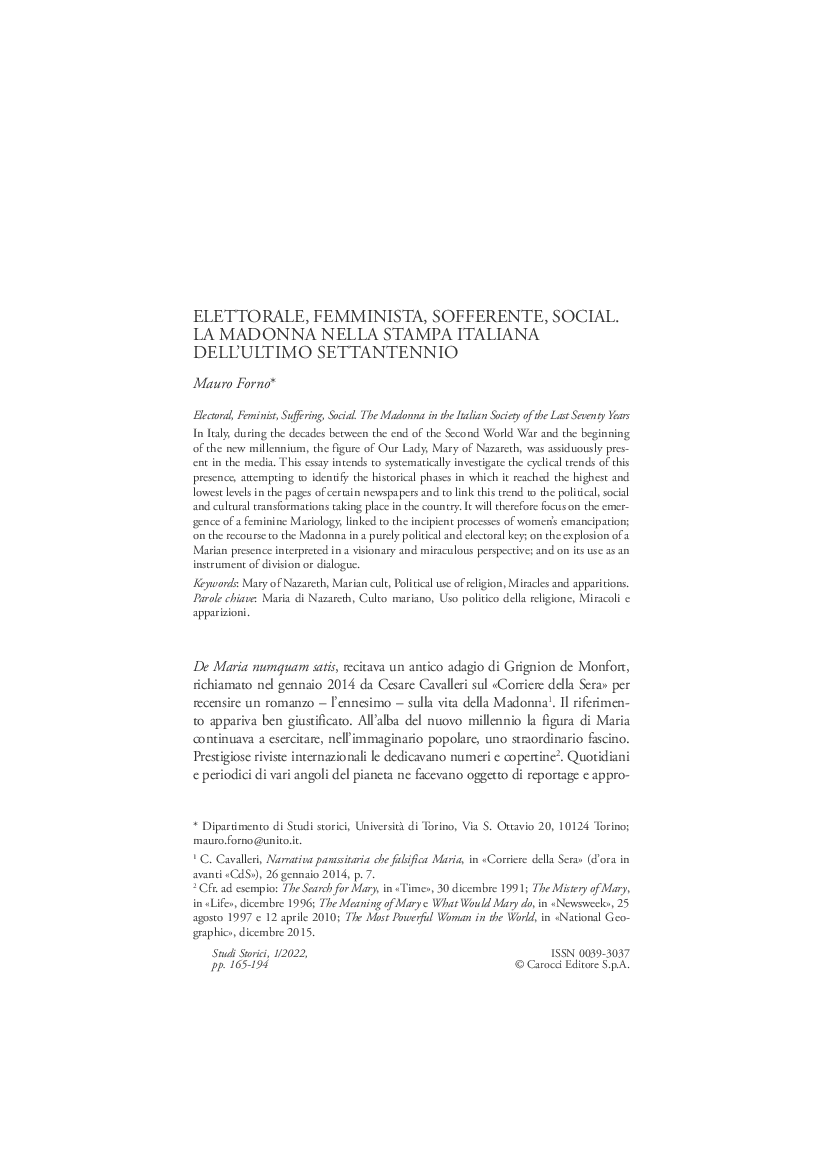